Royals appealing to many Canadian youth 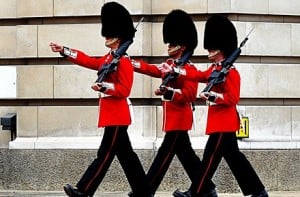 The Monarchist League of Canada is attracting young people in numbers that may seem surprising, considering the image of royal-watchers as tea-sipping senior citizens. There are 1,500 people under the age of 25 among 10,000 members of the League, according to the Ottawa Citizen.

Not only that, there are active branches of the league on at least four university campuses: at Queen’s, Ottawa, Toronto and Saint Francis Xavier. Some oung members say that William and Kate are easy for young people to relate to. Others say it’s a way to show their patriotism.

Still, not everyone is excited about the upcoming visit by the Duke and Duchess of Cambridge. The Quebec Resistance Network expects 300 protesters when the couple visit that province in July.