If libraries close, will the books be missed? 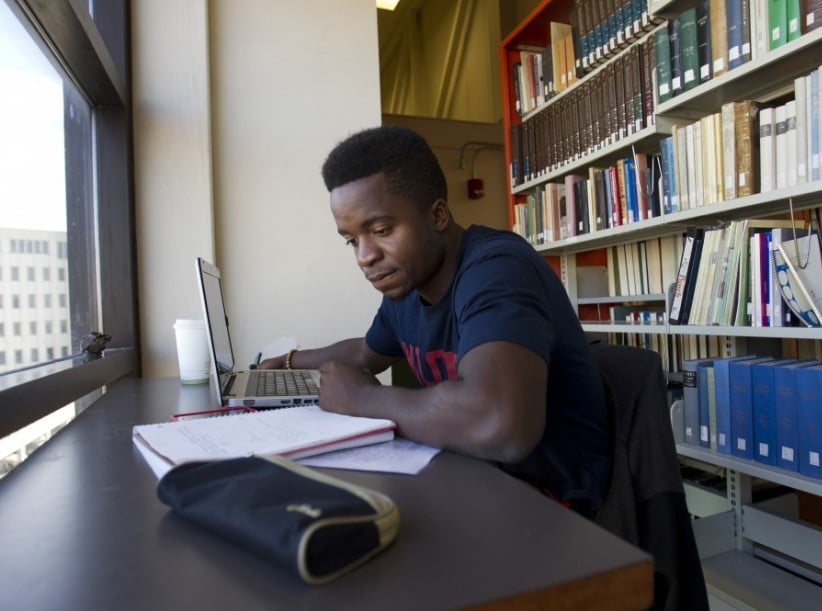 The University of Saskatchewan is planning to consolidate seven campus libraries into three and move many books into storage as part of a major cost cutting initiative.

While that has caused concern among some students in the most affected faculties—education, law, engineering and veterinary medicine libraries are the four slated to be closed—not everyone is upset about losing easy access some printed texts.

Nico Higgs, president of the Education Students’ Society, does have some concerns. “There’s a lot of resources very specific to our college that we need,” he says. “For example, sheet music for music students and children’s books where you need the actual physical book to read to children.” He worries that library staff might be cut to make up for a deficit that he says was caused by bloated administration and lack of government funding, not libraries.

But even for him, the removal of books in a time when there are so many digital options may not be a big deal, that is, “if they give more computers and we still have librarians to ask for resources,” he says.

Conor Kerslake, president of the Engineering Students’ Society, says that many of his peers are fine with seeing books moved out if the libraries are converted to study space.  “I was at UBC Okanagan campus last weekend and I was blown away by the two floors of study space and boardroom tables,” he says. Something like that, “would be really good for group projects.”

Although he has used the library’s services—staff taught his class how to conduct academic research online—he’s never checked out a physical book there. He says only students in certain programs, like civil engineering where they study building codes, make much use of the physical collections.

That’s not surprising to Ken Ladd, acting dean, who says there was a 58 per cent decline in the number of items signed out between 2003 and 2013.

“There’s a decreased use of our collections but still a strong need for them and therefore we’re not disposing of things,” he says. Although many books could be moved into storage off campus where they could be ordered for delivery, “the core collections will be on campus for ready use.”

The cost savings would likely come from cutting staff. “I think 95 per cent of our operating budget that isn’t used for acquisitions is staff,” he says. He points out that reductions could be achieved in a number of ways, including retirements, but it’s too early to give details. He says some librarians could be “embedded” within colleges.

As for whether the space will be turned into study areas, he says more consultation will take place before it’s decided, but it seems likely. “Group study rooms are required in many places,” he says. “That’s currently being done in the [veterinary] library,” he adds. “I believe engineering would also benefit from that type of thing.”