How to quash cheating on campus 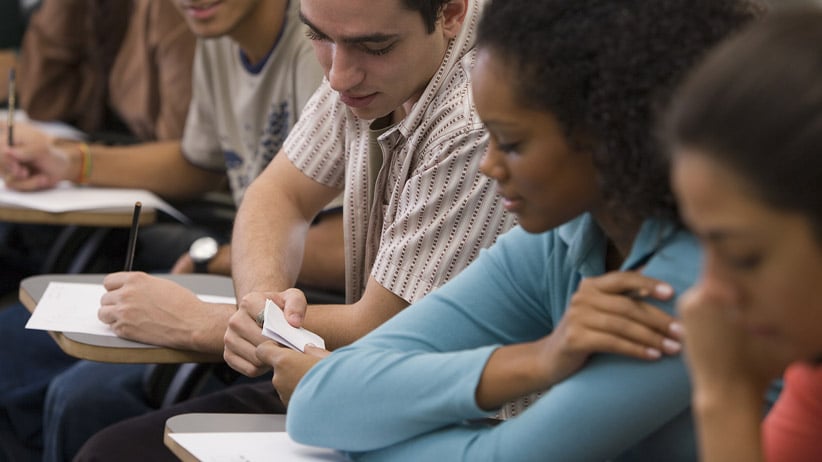 Ask any English professor. Or look into research on the subject. Or keep an eye on the news for the latest cheating scandal.

If you have indeed been keeping up on the cheating news, you might have noticed that Harvard University is adopting an honour code.

Such codes are relatively common in the U.S. Here is Stanford’s for example. It’s time we started thinking about making them common in Canada, too.

When people discuss how to reduce plagiarism, one common suggestion is to increase education on how to cite sources properly. But such advice, though useful in a limited way, misses the larger point. First, citation is not that hard—it’s the easiest part of writing an essay—and generally well covered in university classes where research is required. Second, talking to students reveals that plagiarism is rarely an honest mistake. Rather, the student has decided that they will likely do badly if they don’t cheat and might do very well if they do cheat. That might come as a result of a cold calculation or in a fit of panic, but it amounts to the same thing: they are knowingly breaking the rules and hoping they don’t get caught. “We just had to get it done,” students told reporters in a recent CBC investigation.

This is why an honour code promises more than citation education. We will reduce plagiarism when more students to feel that cheating is not just a violation of the rules, but that it is beneath their dignity.

But wait, don’t universities already have plagiarism policies? They do, but a policy is not the same as a pledge of honour. Policies remain quietly stored in the academic calendar where students may not even know they exist, let alone read them. Conversely, an honour pledge is given to students to read and sign when they first enrol at the university. Everyone, at the very least, knows about it, and everyone knows that everyone knows. This is part of creating what is increasingly being referred to as a “culture of integrity.” More specifically, the codes provide what some are calling “moral reminders.” As one widely cited study showed, students are more likely to act honourably when they have been reminded about the school’s honour code, even if the code doesn’t exist.

I myself have used this principle in my own courses for years. My students have to submit their papers with a brief “statement of originality,” assuring me that they have cited all sources fully and correctly. Plagiarism declined substantially after I introduced it.

Still, an institution-wide honour code would make a much greater impact than particular course policies.

What should such a code look like? So far as I know the only university in Canada that already has one is Quest University, a private institution in British Columbia. Quest’s code is not, in my view, perfect, but would be a good basis (properly credited of course) on which to model other similar policies. Much of Quest’s honour code—and I focus here only on the academic integrity portions—repeats the sort of thing that one finds in the standard policies. Which is fine because, as I say, at least students will have to look at it once.

But Quest goes a step further and enjoins its students not just to avoid cheating themselves, but also to discourage academic dishonesty in others if they witness it. Prudently, they do not ask that students turn one another in. Still, if your roommate asks you for a copy of your term paper that he can hand in to his professor, it’s up to you to refuse the request and tell your buddy to do the work himself. If he doesn’t, then it’s on his conscience.

That, precisely is what these codes can do: foster a strong sense of conscience. What better education could we hope to provide?