Should gay profs come out?

The case for more open sexuality at universities 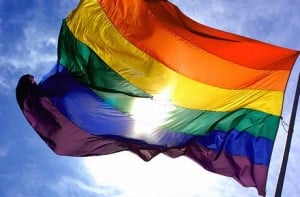 A study suggests that students are more likely to suspect an openly gay professor of bias than one who is straight.

Studies like this remind us how far we have to go when it comes to prejudice against gay men and women, and they make it easy to see why gay professors would want to keep their sexuality to themselves, or, at least, keep it off campus. Indeed, where I work, there are a number of professors who speak guardedly or not at all about their personal lives for just this reason, and indeed, so far as I know, only one professor — just one — makes a point of letting people know that she is gay.

Now my university, located as it is in staid, conservative, rural Cape Breton, is, perhaps, an extreme case, but in cannot be unique. And while I respect the right of each person to their privacy and would never deliberately violate it, it has always seemed to me that gay professors should be more open about this aspect of their lives.

For one reason, concealment breeds concealment. If a gay prof gets hired into a school where she senses that others are keeping secrets, she may just assume there are good reasons for doing so. So she stays quiet, leading the next gay prof to do likewise. Conversely, openness breeds openness.  A few profs set examples, and others can follow.

Similarly, openly gay professors provide strong role models to the young people they encounter. In a place like Cape Breton, where sexualities are often concealed for fear of backlash at work or church, such role models are especially valuable. Young adults may already identify as gay but may not have a good sense of what it would look like to live as a successful, openly gay adult because they don’t know any openly gay adults. And while I don’t suggest that professors serve as a life coaches for their students, profs can inspire simply by being themselves: out, and proud, and successful, and accepted by peers — all at once.

Of course, the acceptance part is tricky. But universities — even relatively parochial ones like mine — are more accepting than average. For one thing, universities have strong human rights policies which protect people from harassment. For another, universities tend to be cosmopolitan, drawing faculty and students from around the world and from a variety of circumstances. Finally, professors, generally better educated and travelled than the ordinary person, are more likely to celebrate diversity. Indeed, research suggests that those most tolerant of gays and lesbians are younger and better educated. What workplace features a greater abundance of young and well-educated people than a university?

But what about those students who assumed bias on the part of their gay profs? Well, the same research cited just above says that people are more likely to be tolerant when they have had personal contact with gay people. Students who have a class with Professor Orlando may be suspicious at first, but then learn that gay professors are no worse or better than straight professors. They have the same range of strengths and weaknesses that all people have. They just happen to be gay.

So coming out on campus has that additional benefit — gay professors can change the attitudes of their straight students too.