Should HRCs pick your faculty dean? 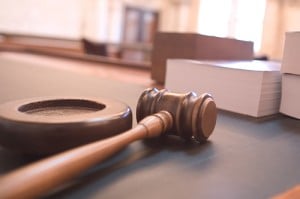 The rules of playground politics clearly state that the teacher has ultimate veto power. You and your buds can decide to spend this recess playing tag; no touch-backs allowed, past the bench is out of bounds, and the kid with no friends has to watch from the sidelines. But if Herr teacher happens to wander into the courtyard, instructing you to change the game to Red Light/Green Light (with Loner Louis as the coveted “Stoplight” leader, no less), well, you’re pretty much out of luck. Grit your teeth and wait for the “signals,” kid; the teacher has ultimately spoken.

Luckily, most of us graduate from third grade and develop more sophisticated expectations when it comes to governance, hierarchy and internal politics. Simply put, by about sixth grade, kids realize that the brainiac biology teacher who doesn’t know a tennis ball from a badminton birdie isn’t really the most appropriate guy to be divvying up sides for dodgeball. Of course, logic of this sort is known to furiously implode (even in the sacred halls of academia) once Human Rights Commissions are thrown into the equation. Case in point; the Ontario Human Rights Tribunal is suddenly deemed qualified (by one woman and her lawyer, at least) to appoint hires to the dean of law chair at the University of Windsor.

Humans Rights Commissions in Canada are the provincial and Federal bodies that will bring a comedian to court for making disparaging comments to a heckler, ensure your human right to breastfeed while in a public pool, and enforce your right to counsel rape victims at a women’s shelter, even against their vulnerable objections. Now the Human Rights Commission of Ontario has been asked to guarantee Emily Carasco’s human right (?) to a five-year term as dean of law at the University of Windsor.

Carasco, a law professor at the university, says her candidacy for the dean of law position was spoiled by a false accusation of plagiarism, as well as racism and sexism. She has requested an order appointing her dean for a five-year, renewable term, $60,000 from the school for “injury to dignity” and $15,000 from colleague Richard Moon who raised the plagiarism allegation and, in a salacious twist, is a vocal defender of Canadian Human Rights Commission. (I’m sure he’ll be asked how that medicine tastes in due time.)

Carasco was one of two shortlisted candidates for the top law-school job, along with Toronto lawyer Scott Fairley who taught at the university in the early 80s. After an extensive interviewing process involving students, staff, administration and faculty, neither candidate was appointed and the university started a fresh search in the spring. While Fairley called the process “rigorous but fair,” Carasco expressed a different interpretation in her July submission to the Tribunal:

Put quite simply, the Faculty of Law and the University of Windsor, in spite of lip service paid to equity and social justice, did not want a visible minority woman as Dean of the Faculty of Law, no matter how well qualified.

Moreover, my decades of advocacy on behalf of equity at the University, an integral part of my identity as a visible minority woman, had left them in no doubt that in my Deanship I would do more than pay lip service to equity, and this prospect was unwelcome.

In short, Carasco believes the search committee, complete with Equity Assessor, a member of the Human Rights Tribunal of Ontario, visible minorities and women, just didn’t want her because she wasn’t a white male. Throw in Moon further spoiling her chances with that plagiarism allegation, which Carasco claims was also racially motivated, and Carasco was out of the running. So what’s the clear resolution?  Have the government step in and force the school to appoint Carasco dean of law, obviously. Indeed, it’s the only resolution.

The Ontario Human Rights Code prohibits employment discrimination based on factors that are unrelated to the job, including race, colour, ancestry and sex. But nowhere in it can I find a clause ensuring one’s right to “stick it to the jerks who denied you the job.” If Carasco was robbed of fair consideration based on race and sex, she should be compensated accordingly, but not given a five-year chair. Indeed, government shouldn’t appoint deans any more than teachers should be able to decide who’s “it.”