What students are talking about today (February 5th) 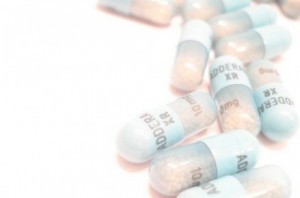 1. Canadian university and college students are abusing the prescription drug Adderall—a pill form of amphetamine that is prescribed to treat Attention Deficit Disorder—to stay focused on schoolwork, reports CTV News, who have dubbed it “campus crack.” Researchers in the United States estimate that as many as 30 per cent of students there are abusing Adderall. As for Canada? “It has quite the presence around campus here, and I hear about it all the time,” one anonymous University of British Columbia student told CTV. Although I’m sure some quantity is available on Canadian campuses, I doubt that it’s as common as it is in America. One anonymous student does not make a “campus crack” trend.

2. Memorial University’s student union won’t allow a fraternity and a sorority to become official groups because they say the groups discriminate by gender. Maxwell Page, a director at large with MUNSU, told CBC News they “will not ratify any group that the council considers to be of homophobic, racist, ageist, sexist or otherwise discriminatory nature.” What makes this especially silly is that both the sorority, Nu Delta Mu, and the fraternity, Sigma Theta Pi, say they are open to anyone joining.

3. The University of Toronto is planning to build a $9.5-million field hockey pitch to be used in the 2015 Pan Am Games and that has caused controversy because it would require replacing real grass with artificial turf, reports the Toronto Star. The University College Council voted nearly unanimously last fall to to register “strong concerns.” Those who oppose artificial fields say real grass is a cooling surface that combats climate change, soaks up rainfall and isn’t made with certain chemicals. The turf is, however, a requirement of the International Field Hockey Federation.

4. The federal Liberals requested an emergency debate in the House of Commons Monday over the loss of an external hard drive containing the personal information of 583,000 Canada Student Loan borrowers. They wanted Human Resources Minister Diane Finley to answer questions including when the device was last seen and why the RCMP have been called, reports Canada.com. Speaker Andrew Scheer ruled that the request didn’t meet the requirements for emergency debate. Finley has ordered stricter data handling protocols for her department, including the collection and destruction of unapproved USB memory sticks. Credit monitoring firm Equifax is flagging affected accounts for students who contact them. A class action lawsuit has been filed.

5. The University of Prince Edward Island waited too long to close after a snowstorm Monday, say some students. Dianne Rogers went to school for a midterm. “One and a half pages into the exam, someone arrives at the door to say, ‘School’s closed, go home’,” she told CBC News. “I was thoroughly frustrated because the conditions weren’t safe for me to be out there in the first place.” Dozens of students took to Facebook angry at the university for waiting until about 8:20 a.m.. Nearby Holland College’s was closed around 7 a.m. Jackie Podger, a UPEI vice-president, told CBC staff were monitoring the weather and didn’t shut down until they felt conditions warranted it.