What students are talking about today (March 14th) 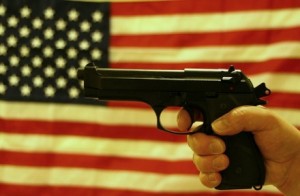 1. Here’s a reminder of how student governments in the United States have much different concerns than our own. The student congress of the University of North Carolina-Chapel Hill recently changed the rules to make it harder for campus gun clubs to use student money to buy ammunition, reports Mother Jones. Following high-profile mass shootings on campuses, a number of states have passed laws preventing concealed guns on campus. More controversially, others, like Colorado and Utah, have laws that require colleges to allow concealed weapons.

2. Student newspapers across Canada, from The Argosy at Mount Allison University in New Brunswick to The Meliorist at the University of Lethbridge in Alberta are publishing odes to St. Patrick, whose holiday for Irish Canadians and those who drink too much is coming up on Sunday. Meanwhile, Western University, in the town that hosted the famous St. Patty’s Day Riot last March, is offering some tips. Some are no brainers, like, have a plan of how you’ll get home (transit? taxi?) and don’t leave drinks unattended. More interesting are the reminders from Campus Police that keg parties are illegal, that drinking underage can lead to $125 tickets and that London’s new Nuisance Party Bylaw means rowdy hosts can face $500 fines. The lesson? Go to someone else’s party.

3. William Whatcott, famous for a recent Supreme Court decision that found his flyers may expose homosexuals “to detestation and vilification,” visited a number of prairie universities in recent days to spite the high court. He handed out fliers at the University of Saskatchewan entitled “Sodomites and the Supreme Court of Canada” and showed photos of aborted fetuses. On the day of Whatcott’s recent visit, President Ilene Busch-Vishniac sent out a campus-wide email that said, “We will not tolerate discriminatory or harassing behaviour or materials in our work and learning environments. We value diversity and will defend it — diversity of political views, religious beliefs, sexual identities, ethnic backgrounds, and racial identities included.” Although Whatcott says homosexuality and abortions are immoral, he told The Sheaf that’s not why he was there. Instead, “it’s the silencing of speech, the loss of religious freedom and the freedom of my fellow Christians.”

3. Israeli Apartheid Week didn’t seem to generate as much discussion as it often does, but it did cause a stir at McGill University where a panel called Zionism in Academia discussed how academics are supposedly “rendering the study, analysis, and discussion of Palestine invisible,” reports The McGill Daily. Michelle Hartman, the professor who facilitated the discussion, said her office door was defaced with “Zionist slogans.” What exactly? They called her a “lover of terrorists,” and wrote that “Israel has been a state for 1,200 years.” Oh my! Meanwhile, at the University of Windsor, students set up mock checkpoints where they pretended to be Israeli soldiers and acted mean to students posing as Palestinians. That seems more likely to get attention.

4. A student at Rundle Hall at the University of Calgary became sick last week with a suspected case of viral meningitis. Meningitis is an inflammation of the protective membranes covering the brain and spinal cord, explains CBC. Symptoms include headache and neck stiffness, fever and vomiting. Unlike bacterial meningitis, it’s rarely fatal in people with healthy immune systems.

5. Also at the University of Calgary, the new student union vice-president of student life tells CBC News he won the election with 55 per cent of the vote because he promised voters a “puppy room,” where they can pet dogs to reduce stress. Whoever said student politics was boring?