Anxiety and depression need to be reclassified 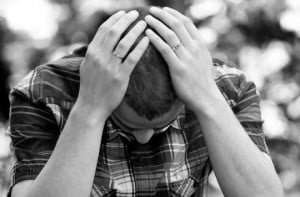 Lately, we’ve been hearing a lot about efforts to improve the services available to students related to their psychological well-being on campuses. University presidents met for a workshop recently, and Queen’s University welcomed a new $1-million chair to study stigma.

Now, I am no mental health professional but I do know a few things about universities and have some experience with anxiety and depression.

If it were up to me, those trying to improve things on Canadian campuses would keep one crucial principle in mind: be careful how you talk about it.

First, let’s call depression and anxiety something other than “mental illness.”

I know that might sound strange and many experts may cringe, but the range of psychological burdens and hurdles is vast, and placing what can be eminently manageable problems in such a huge box with so many other conditions can have unintended negative consequences.

Case in point: the term mental illness puts students overwhelmed by workload or having trouble being away from home for the first time in the same category as deranged killers.

You’re feeling sad and tired? Well, you must be mentally ill, you know, like Jared Loughner, that college kid who shot all those people in Arizona. It’s no surprise some students don’t seek help if to seek help is to be necessarily labelled as sick.

“Mood disorder” is a little better, but even “disorder” sounds overly clinical. We don’t say a person with the flu has “a lung disorder.”

Why not “mood variation”? This is not, by the way, some lame effort to be politically correct. Political correctness tries to spare people’s feelings by making things sound better than they are (“differently abled”). In this case, I want to help people by not making it sound worse than it is.

But if it is important not to oversimplify the realities of psychological adversity, we, by the same token, should not understate that reality either. It is, of course, laudable to seek to reduce the stigma associated with troubles of the mind. But it is naive to justify and extend that thinking, as the Canadian Psychiatric Association does, by saying that mental illness is an illness like any other.

This is not a medical question: it’s a logical and linguistic one. One can point out that just as leukemia, for instance, is a disease of the blood, depression is a disease of the brain. But the brain is not like any other organ. As the seat of our thoughts, memories, and decisions, it is fundamental to who we are in a way that nothing else is. To lose the effective use of an arm is painful, and a terrible misfortune, and many, perhaps, would prefer a minor mental impairment to a major physical one. But the fact remains that a mental setback is especially difficult to understand and deal with because it goes to the essence of our identity like no physical disorder can.

Anyone who has done battle with more-than-usual anxiety, as I have, knows that when you are in the grips of a panic attack, you are, quite literally, not yourself. If you have been close to someone who has battled depression, as I have been, you know what it’s like to see someone disappear into the darkness. Am I stating the obvious by claiming that mental and physical afflictions are different? Apparently not, because the advocates keep insisting they’re the same thing.

None of this is to say that we should not take depression, anxiety, and similar mood variations seriously. Nor is it to say that we should unfairly discriminate against or denigrate those who have struggled with these challenges. Indeed, I applaud universities who are doing what they can to assist their students; no doubt, many could be doing more. But if we really want to help people, we must not oversimplify nor understate the problems. And right now there is too much of both.