There's enough to worry about right there on campus 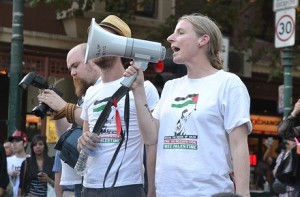 Sean Wilson, a board member of the University of Regina Students’ Union, says that student leaders should be focused on things like tuition, residences and public transit. Recently, they’ve often been focused on the Middle East instead. Not on those killed by their own government in Syria, the sexual minorities mistreated by Iran or women subjugated by Saudi Arabia. No, they’ve been debating whether to join such international power brokers as Lenny Kravitz and the Teachers’ Union of Ireland in their commitments to not buy Israeli products or host Israeli academics.

Big deal right? I would argue yes, and not just because these student unions are taking sides.

Wilson was one of the few dissenters among 60 or so students present near the end of last year’s URSU Annual General Meeting (most had left by then) when the student union resolved to:

“Join student organizations around the globe by endorsing the 2005 call for Boycott, Divestment and Sanctions from Palestinian civil society; and Commit to identifying and divesting from companies that support or profit from Israeli war crimes, occupation and oppression; and Affirm that students have a vital role in supporting struggles for social justice, and stand in solidarity with Palestinians’ struggle for self determination and freedom.”

The statement probably didn’t have much effect on Israel but it had a powerful impact on Wilson. “Pretty much from the moment it passed I said, ‘next year I’m going to come back and put forward a motion to repeal it,'” he says, adding that it cemented his decision to run for a board seat.

At the time, Wilson (who isn’t Jewish) suspected most students had no clue what was going on. But a lot more probably noticed when Conservative MP Randy Hoback condemned URSU in Canada’s Parliament. Last week Hoback rose to address the issue once again after URSU repealed last year’s decision following months of advocacy work by Wilson and his allies. Said Hoback:

Hoback’s right that a backlash is growing. The University of Manitoba Students’ Union decided this month to stop funding Students Against Israeli Apartheid, one of BDS’s promoters. Then again, BDS is growing too. The York Federation of Students and the Scarborough Campus Student Union recently joined. But, as the URSU case shows, support could easily be repealed a year from now.

Wilson says he’s opposed to BDS because it hurts Jewish and Israeli students and is unlikely to advance peace in the Middle East. “Both sides are right and they need to come to a constructive solution,” he says, adding, “and that’s why BDS is so bad, because it doesn’t call for constructive conclusion to the issue, doesn’t call for negotiation or compromise, it just calls for the end of Israel.”

There’s another danger here too, which is that students end up being represented by people who are motivated to run mainly because of their fervent support or hatred for Israel.

I bet most students would prefer that their representatives focus on tuition, residences and public transit. If a Member of Parliament noticed those things, it might actually make a difference.