Prof. Pettigrew on why remedial courses aren't the answer 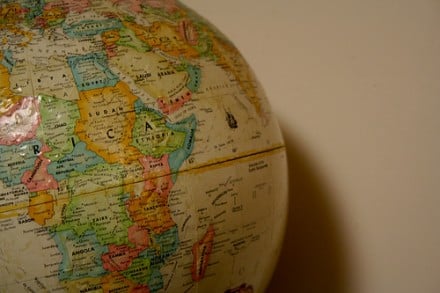 So it was hardly news to me that the students of Memorial University’s Judith Adler don’t know basic geography.

Despite its ubiquity, this lack of basic knowledge among high school graduates is frustrating because those students don’t make up for their lack of basic skills with an abundance of advanced skills. If they knew few facts but were, let’s say, excellent critical thinkers or writers, that might be okay—one can’t expect everything.

Sadly, however, most students arrive with neither basic factual knowledge nor critical thinking nor writing skills to speak of. How exactly they have spent their time in secondary school is actually a bit of a mystery to those of us in higher education.

This, of course, is not primarily the fault of students—most of whom presumably think they are getting the education they deserve. Still, the problem remains: how should universities handle these—well gaps doesn’t cover it–chasms in students’ understanding?

One theory holds that we must not—I’ve even seen it on a list of commandments—teach as if students know more than they do. In this view, courses must be adjusted to whatever level students show up at. But if universities reduce the rigour of their courses to accommodate the low level of their students, they are, to be sure, dumbing down the curriculum to make up for the deficiencies at lower levels. In effect, an inadequate public education system is poisoning the higher education system. Able professors become the slaves of a less-than-able school system.

One common alternative is to provide various non-credit venues where students can work on skills that may be inadequate. In this way, students can rise to the level they should be without watering down the courses themselves. Many universities have writing centres and math centres for this very reason. Frequently, there are free tutoring services for a variety of courses.

But such things require a good deal of student initiative and some students may be too overwhelmed or too insecure to take advantage of such aids. Another alternative then, and one that Adler recommends, is to provide students with remedial courses in the basics. They can learn for example, where Africa is. Or that the world didn’t begin in the year 1 AD.

I must admit that instituting such courses seems tempting, but I would argue that we must resist such temptation. Rather than simply concede that students aren’t learning anything in high school, universities should address the root of the problem and should demand that their provincial governments make university preparedness a priority for their education systems.

Judith Adler has gone on record saying her students don’t know enough. Neither do mine.

Governments, are you listening?