Religious accommodation among reasons for proposal 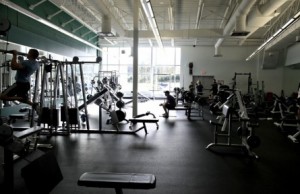 An initiative by the Ryerson Students’ Union (RSU) pushing for women-only hours at one of the two on-campus athletic facilities has some students worked up about working out.

In a Facebook post last month, the RSU laid out its case for women-only workout slots. They wrote that many women feel uncomfortable exercising in the co-ed space for reasons ranging from Muslim women who will not remove their head scarves in front of men to women who the RSU argued have to endure “societal standards of beauty.”

The campaign prompted anger online. “I’ve never even stepped foot in the Ryerson gym, but this still pisses me off. What’s next, women only library hours?” wrote one commentator on Facebook.

“We all pay the same amount… so we should all have the same opportunities to use it and all be given the same amount of available time,” wrote another on the social news website Reddit.

It’s not an entirely new idea. There is already women-only gym time at the University of Toronto, York University, Memorial University and at Ryerson’s campus pool. Ryerson already offers women a small private gym space restricted to a single studio that is sometimes booked out for other uses. The RSU would like to see a totally women-only space for regular time slots in one of two gyms.

Such accommodations are under scrutiny lately after a York University professor went public with his campus administration’s demand that he allow a student not to do group work because he said his religion forbade him from mixing with women. The professor found the request intolerable and so did Members of Parliament from all three federal political parties, who condemned York last week.

Despite the online outrage, outside the Ryerson Athletic Centre this weekend, many students favoured the proposal.

Kennedy Brooks, a second-year Performance Production student, said she would like a male-free weight room. “It’s really kind of off-putting to come in as the only girl in the weight room and just have all these guys look at you for a second,” she says. “It’s not necessarily that they’re eyeing you like a piece of meat or anything but sometimes just like, why would a girl wanna use the weight room?”

Meghan Ancheta, a Fashion Design student, supported the women-only gym time because it might help women avoid the pick-up artists who frequent the gym.

Abdi Warsame, a Business Technology Management student, said he would happily schedule his workouts around women-only periods. “I understand it completely. Because, religious-wise, [some women] really can’t expose themselves to other men—their legs, their arms, anything.”

To get student feedback and presumably garner support, the RSU has asked students to fill out an online survey that includes questions on everything from religion to sexuality to how often they go to the gym. Melissa Palermo, RSU president, says the response has been overwhelmingly positive.

Where women-only space does exist, however, it’s not always widely used. At York’s Tait McKenzie Centre, a studio was revamped with some workout equipment that is women-only for three three-hour time slots per week. John Bruce, who works at the centre, thinks it’s a reasonable solution but says the space isn’t busy. “There [are] lots of times that we’ll have one or even no one in there for an hour stretch and probably the max we’ve had at any given time might be eight or nine.”

At Memorial University in St. John’s, Nfld. some men were upset when the fitness centre started women-only hours in certain rooms, prompting an editorial in The Muse student newspaper opposing the change. Lindsay Oldham, a fitness leader there, says not many took advantage of the space and the hours were quickly nixed, though she says the set-up wasn’t ideal as it was possible to see into the rooms.

Still, Palermo isn’t too concerned about the numbers. “We need to make sure that we have accessible spaces on campus whether or not the majority of the population is using them.”