Students get revenge for bad grades 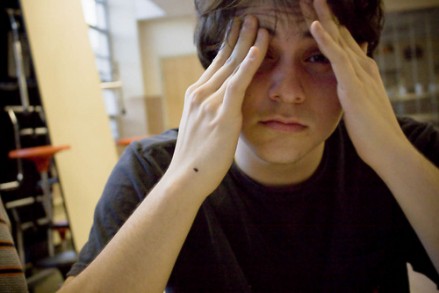 Tracy Vaillancourt, a University of Ottawa professor, has proven that students who get bad grades take revenge on their professors by giving them a bad online reviews. That’s a problem. If professors fear giving low grades, then they may unjustifiably give better ones. When that happens, students lose because they never get the kick in the pants they need to start doing better.

From the U. Ottawa press release:

The popular professor ratings site Rate My Professors contains over 13 million comments and 1.7 million ratings of professors. The comments and ratings purportedly help students with their course and professor selection. However, from the perspective of many professors, a lot of the comments are downright mean. Professor Vaillancourt was interested in whether such vitriolic comments were made in response to a poor grade from the professor.

Results of her new study published in the journal Aggressive Behavior confirm Vaillancourt’s initial hypothesis. The results are unequivocal—students who were given a poor grade aggressed against the professor through poor teaching evaluations. In fact, students who received poor grades were 10 to 19 times more likely to make negative comments than those who received high grades. For example, one student issued a veiled threat: “Hope that I never find you!”

Vaillancourt also found that students who measured higher for narcissism and self-esteem were more likely to aggress against the professor in response to receiving a poor grade than students with a self-opinion that was not so self-aggrandizing. The “good” news for professors is that when these students were given a good grade, they returned the favour by giving the professor the highest scores.

Many professors have expressed concerns over the validity of students’ ratings, feeling that they reflect a popularity contest largely driven by professor’s easy marking. Such concerns are not trivial, since decisions about promotion, tenure and annual raises are based in part on students’ ratings. According to Vaillancourt, the findings suggest that “students’ ratings of professors are biased and that favourable evaluations can be bought with high grades.”