Study confirms Millennials are "Generation Me" 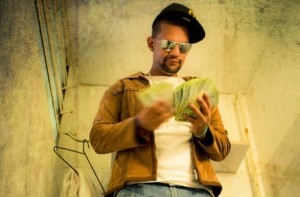 Millennials—those born after Jan. 1, 1982—are much more likely than Baby Boomers (now aged 50+) to value money, image and fame than things like self-acceptance, community and the environment, suggests an extensive new study in the Journal of Personality and Social Psychology.

The research adds to the debate over whether those raised in the 1990s are more self-concerned and individualistic than previous generations—the Generation Me hypothesis—or whether they’re more caring because they tend to volunteer more—the Generation We theory.

The results support the Generation Me hypothesis. The study, co-authored by Millennials expert Jean M. Twenge, was really three studies in one. All three are based on surveys that captured the values of millions of American 18-year-olds and college freshman between 1966 and 2009.

The first part looked at life goals. It turns out Millennials and GenX’ers (born between 1962 and 1981) rated being very well off financially, being a leader in the community (which is correlated with a desire for fame), living close to relatives, and having administrative responsibility over others as more important to them than Boomers—born 1946 to 1961—did when they were in their late teens.

Boomers—mostly over the age of 50 now—rated developing a meaningful philosophy of life, finding purpose and meaning, keeping up-to-date with politics, and becoming involved in programs to clean up the environment as more important when they were young than Millennials. Being “very well off financially” was the eighth most important life goal (out of 12) for Boomers; now, it’s consistently ranked most important.

The second part of the study looked at concern for others. Here’s what was found:

The third part looked at civic engagement. You guessed it. Millennials were less engaged:

Millennials reported thinking about social problems less, having less interest in government, making less effort to conserve energy, and being less interested in taking “green” actions to protect the environment, either personally or through government. Millennials were also less likely than Boomers and GenX to participate in the political process through voting, writing to a public official, participating in demonstrations or boycotts, or giving money to a political cause.

One counter-argument to the Generation Me hypothesis is that young people today are significantly more likely to report volunteering their time in high school and college.

But, as the authors point out, volunteerism is often a requirement for graduation, and finishing school is more likely to lead to the material goods and fame that Generation Me values most.