Northern and Atlantic Canadians most likely to tip the scale 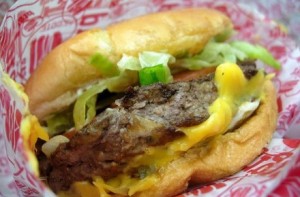 Obesity rates are at an all-time high, especially in certain parts of the country, say researchers, who have “mapped” the changes to illustrate how Canadians’ waistlines have expanded over time.

Overall, at least one-quarter of Canadian adults have a body mass index of 30 or greater that puts them in the obese category, concludes a study that provides a comprehensive look at rates across the country, complete with “obesity maps.”

“Our analysis shows that more Canadians are obese than ever before — on average, between one-fourth and one-third of Canadians are obese, depending on the region,” said principal author Carolyn Gotay of the School of Population and Public Health at the University of British Columbia.

The Atlantic provinces and the two territories — Nunavut and the Northwest Territories — had the highest obesity rates between 2000 and 2011, with more than 30 per cent of the population in these regions estimated to be obese.

British Columbia had the lowest overall rates, but obesity still increased from less than 20 per cent to almost 25 per cent in that province. In Quebec, the rate stayed at about 24 per cent.

Gotay said mapping regional rates provides more than a decade of easy-to-use visual snapshots that should help researchers, policy makers and the public identify where investments are especially needed to fight the obesity epidemic.

“It seems to tell us that certain areas are definitely experiencing more heavy people,” she said from Vancouver. “In certain areas, the percentage of people who are obese is alarming and does have implications for health care costs and quality of life down the road.”

The effects of obesity are indeed expensive: in 2008, they were estimated to cost the Canadian economy $4.6 billion, up about 20 per cent from 2000.

Being obese can lead to cardiovascular disease, diabetes and certain cancers, among them breast, prostate, colorectal and pancreatic tumours.

The study, published Wednesday in the Canadian Journal of Public Health, used self-reported BMI data from the Canadian Community Health Survey, which researchers adjusted to get more accurate obesity estimates. Over the 11-year study period, the researchers found the greatest increases occurred between 2000 and 2007.

Obesity expert Dr. Mark Tremblay, who was not involved in the study, said the maps give “a nice pictorial summary” of current obesity rates region by region, which is helpful in knowledge translation.

“You see across time that the colours get darker or more ominous, showing very effectively visually the transition that’s occurred in a rather short period of time,” he said Wednesday from Ottawa.

The two territories and the Atlantic provinces have had long-standing problems with obesity among their populations, said Tremblay, director of Healthy Active Living and Obesity Research at Children’s Hospital of Eastern Ontario.

“In the (Atlantic provinces), they also tend to be less active and less fit. We don’t see that same pattern for the North,” he said. “Those trends have been there for a while, so I guess what is concerning is that they’re not being resolved.”

In the 2011 annual Active Healthy Kids Canada Report Card, which Tremblay helped pen, the provinces and territories were given an overall C-minus grade for investment in public health promotion.

B.C. and Quebec led the pack in per-capita investment; Ontario was No. 3, though at a much lower level than the other two, and the fall-off in dollars spent on health promotion continued from there.

While Tremblay is not saying there is a cause and effect between more money spent on promoting a healthy lifestyle — including keeping trim with diet and exercise — and lower obesity rates, “its interesting that they align.”

Gotay hopes the study and obesity maps will encourage provinces and territories to look at their individual rates and come up with programs that target the factors that contribute to obesity within their own populations.

“So I think it helps us to see, and for those provinces it may give them an impetus to understand more about what’s going on with their people and develop programs that might be able to reverse these trends.”