Swallow your rights and shut your mouth

You can speak your mind, as long as we like what you have to say. 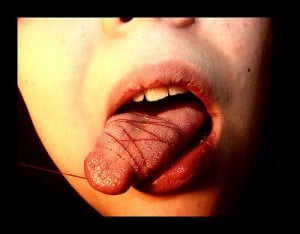 I haven’t felt such institutional and political wariness since Jack Layton vowed to eliminate poverty in Canada in 12 years.

Get this—a law to be passed in Ireland will make it illegal to utter blasphemous words.

According to a CBC report, blasphemers could be fined up to 25,000 euros for abusive or insulting statements that are proven to cause violent reactions or intend to cause outrage.

Pakistan’s president Asif Zadari has outlawed humour! That’s right, under the country’s new Cyber Crimes Act, Pakistanis who send jokes about Zardari by text message, email or blog can be imprisoned for up to 14 years.

Why so serious, guys?

Now, I know what you’re thinking. “That’s Ireland and Pakistan. We don’t have the same types censorship here in free-speech-loving Canada.”

Cunningly subtle and charmingly PC, Canada, in my opinion, harbours a type of selective censorship.

In 2006, an Alberta Human Rights Commission complaint was brought against Ezra Levant, publisher of the (now defunct) Western Standard magazine. The complaint was filed by Syed Soharwardy after the magazine reprinted the controversial Danish cartoons of the prophet Mohammad.

Disgusted with the complaint, Levant stuck it to the Commission at his January 2008 hearing. (Levant refers to it as his “interrogation.”) He called the proceedings a “joke” and labeled it an attack on his constitutional rights.

I won’t try to paraphrase further; I couldn’t do it justice. You can check out the video here.

Amidst some ranting, Levant makes a very important point:

Simply put, there is no such thing as the right to not be offended.

But sadly, a simple scour of section 13 cases (re: hate messages) filed with various provincial Human Rights Commissions proves otherwise. It seems that not only is this “right to not be offended” entertained, but it is also selectively applied. Tough luck for you white males.

Here’s another example. Consider the statement made by US Supreme Court nominee Judge Sonia Sotomayor. She publicly stated that she would hope a “wise Latina woman with the richness of her experiences would more often than not reach a better conclusion than a white male who hasn’t lived that life.”

“A wise white man with the richness of his experiences would more often than not reach a better conclusion than a Latina woman who hasn’t lived that life.”

It reads as disgustingly bigoted coming from a white man. So why is it permissible for Sotomayor to say it? (Click here for more of my Sotomayor argument.)

I don’t claim to be well-versed in the ins and outs of censorship law. But I do know about social discourse taboos, especially on a university campus:

Tell us your opinion, as long as we agree with it.

Taboos I’m OK with–it’s their evolution into law that upsets my stomach.

The bottom line: It doesn’t matter if we don’t like what we hear. Censorship is a delicate mechanism. If not handled properly, it can erode our rights.

So, how many priest jokes told in Ireland, texted to a friend in Pakistan, forwarded to a relative in Canada along with a Zadari cartoon does it take for you to be sued, imprisoned or defamed?