Who do so few political scientists seem interested in better teaching? 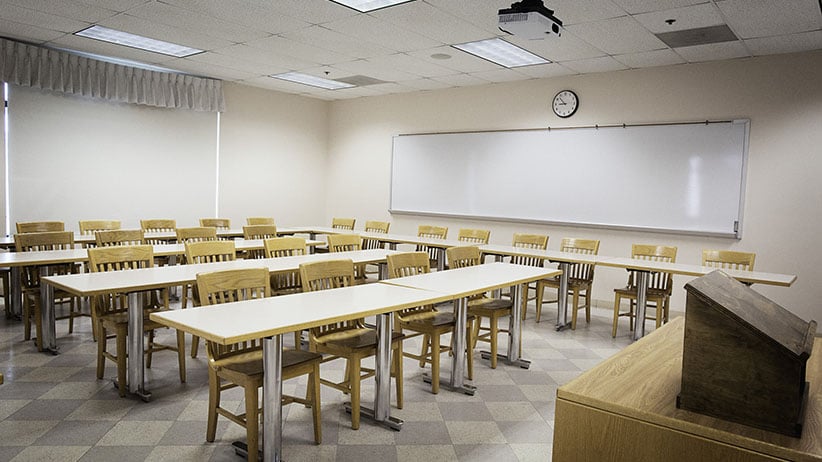 Hamish Telford was encouraged that the Canadian Political Science Association offered a segment on teaching the Millennial generation at their big annual conference, held at Brock University in St. Catharines this week. He was less encouraged that only a handful of academics showed up to Tuesday’s session.

Although Telford wasn’t presenting a paper, he did recently “flip” his first-year class at the University of the Fraser Valley in Abbotsford, B.C., and says he’ll never go back. Flipping a class means students are expected to take in lecture-style content on their own (often through videos) so that class time can be used for “active learning.” In Telford’s case, class time was used for small group discussions on political news stories and bigger debates on how they relate to concepts in his textbook, Rules of the Game. Students, particularly those on the cusp of failing, performed better than usual.

The poor attendance at Tuesday’s session is a reminder that few Canadian political scientists care to learn about innovative teaching methods, even with growing evidence that they work better for today’s easily distracted students.

One active approach they missed hearing about was the problem-based learning (PBL) implemented by Greg Flynn and Todd Alway, political science professors at McMaster University. The definition varies, but PBL usually means students work in small groups under the guidance of a facilitator on real problems that aren’t presented ahead of time. The idea is that they’ll find the theory, sometimes delivered later in a lecture, more relevant and easier to grasp. There’s still debate on whether students miss out because they get less content, but plenty of research shows they build skills.

Flynn and Alway compared final grades and course evaluations of sections taught from 2008 to 2010, which were traditional in format (two hours of lecture weekly plus a discussion of readings in an hour-long tutorial) with sections of a revamped course taught from 2010 to 2013, which comprised two hours of lecture and PBL in place of tutorials, where students were instead presented with challenges such as this:

“You and your group are part of the president’s advisory council for McMaster University. You have been called upon to offer advice on whether or not the university should grant permission to a student group that wishes to invite a controversial speaker onto campus. The speaker, a well-known advocate for the re-criminalization of abortion, will, as part of his presentation, be including posters that contain images that some students might find offensive … How will you advise the president?”

Alway went from skeptic to believer.

He had enjoyed traditional classes when he was a student—unsurprising considering he later signed up for a Ph.D. Only when he taught his first course (a “train wreck”) had he realized how many students don’t like the format. “You go into teaching these courses assuming everyone is as interested in the discipline as you are,” he says. “You think, ‘Wow we’ll have these great discussions.’ It doesn’t work out that way.” The provocative questions he posed in early lectures caused students to stare at the floor.

Then Alway added the PBL, which required extra training of teaching assistants each week. While that was added work for the professor, almost like having an extra course, he says it was worth it. Not only did course evaluations go up by a significant margin, so did grades (from an average of C+ to B-). Fewer students skipped.

While Telford cautions that Flynn and Alway’s study shows only a modest grade improvement, he says it adds to the case for more active teaching.

But will many of his fellow political scientists be convinced to try innovative methods? He’s not sure, considering they’re so much more time consuming than lecturing and there’s not much reward for young academics to spend time improving teaching when contributions to research weigh far more in decisions about who gets tenure.

“Universities either need to rethink the evaluation structure,” he says, “or provide incentives and support to do this.”

Otherwise, one can expect more young professor’s courses to be train wrecks.