Tip line was contacted about B.C. teen who killed herself 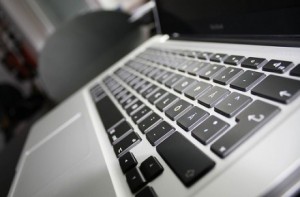 A national child exploitation group received a tip almost a year ago about 15-year-old Amanda Todd, the British Columbia teenager who took her own life last week after being sexually exploited by an online stalker and bullied by her peers.

A concerned citizen contacted cybertip.ca last November to report that images of then-12-year-old Todd were being circulated online, said Signey Arnason, director of the tipline for reporting online sexual exploitation of children.

“We did receive one report, and that was passed along to law enforcement as well as child welfare,” Arnason said Monday. “It was not a report from her, but it was a report from a concerned citizen.”

Todd died last Wednesday, a month after posting a haunting video on YouTube that cited the sexualized attack that set her down a path of anxiety, depression and drug and alcohol abuse.

During her nine-minute video, the teen explained in hand-written notes that she was in Grade 7 when she was lured by an unidentified male to expose her breasts via webcam.

A year later she said she received a message from a man on Facebook threatening that if she didn’t give him a show, he would send the webcam picture to her friends and family.

She said police later told her the man followed through with his threat.

“I then got really sick,” she wrote in the black-and-white video, where she also outlines bullying over her relationship with a boy that escalated to an assault that left her lying bloodied in a ditch.

She said she tried to kill herself twice.

The video ends with her note: “I have nobody. I need someone.”

The kind of sexual exploitation described by Todd is part of a seedy cyber-underworld that targets young girls and it is not bullying, but a vicious crime that should be pursued even after her death, say child advocates.

“Threats are a very common tactic utilized by individuals in their attempts to extort more information off of the kids,” said Arnason, whose group will release a report on online luring later this week.

About one per cent of the 67,000 reports they’ve received since 2005 involve luring — a number that is very significant when cases can spiral out of control as they did for Todd.

“Being sexually curious is not an abnormal thing as an adolescent. It’s quite developmentally normal. The problem is that when you combine it with the online world then the effects can be devastating….”

“You get a lot of youth — and Amanda’s not unusual — where they do feel like their life is over and it’s just so incredibly tragic what occurred for her,” Arnason said.

In comparison to luring, what experts call “sexualized child modelling” accounts for about seven per cent of reports and Arneson said it’s actually happening a lot more than anyone knows.

There is a proliferation online of so-called “jailbait sites,” where men are encouraged to post sexualized photos of underaged girls. Most of the sites walk the legal line, with provocative but clothed photos that users are then invited to comment upon.

The comment section is where most of the damage is done.

“The impact on the kids in the pictures and images can be as devastating as if they were completely nude,” Arnason said.

What happened to Amanda Todd is”a wake-up call for all of us. I think this is way more pervasive than we have any idea and these kids need help.”

A unofficial memorial was held for Todd on Monday in a Maple Ridge park, and by mid-day more than 100 Facebook pages had been set up in her memory, one of them drawing more than 700,000 likes and counting. An outpouring of compassion life dominated message boards.

About 60 people turned up in the rain for a memorial, holding candles and flowers.

There were some anonymous online postings naming and providing contact information and other details of a man the postings claimed was responsible for stalking the teenager and distributing a photo of her at 12-years-old flashing her breasts on a webcam.

The phone number listed on the site was incorrect and a person who answered the email account said the account was only registered last week and it has now been deluged with emails.

Police confirmed they are aware that a person had been named in social media, but had nothing further to add.

“I’m not going to speak to anything beyond the fact that we are aware of what has been put on social media in regards to that name,” said Sgt. Peter Thiessen, spokesman for the RCMP.

In an interview on a Vancouver radio station, Todd’s mother said she hopes her daughter’s tragic death might help others.

Carol Todd said her daughter had been in the hospital for a couple of weeks and seemed to be getting better.

“She did say she was really, really sad and didn’t like how she felt. It overwhelmed her.

“I just wish it hadn’t happened. But now that it has happened, I hope that it helps many, many others.”

She said law enforcement should be able to track down the person who stalked Todd online, and they can do it without a warrant.

“I don’t know if you would describe it as bullying when you have somebody online threatening to expose imagery which is potentially child pornography. Even if they’re young people, they’re still breaching the law,” Prober said.

“The tragedy of this phenomenon of what’s going online with potential crimes and young people is that young people are running to their technology, their phones, etc., when this happens — but it’s not to report. It’s to spread. And that’s the problem here,” Prober said.

“There seems to be some blurred vision in the mind’s of young people about the ethics around the technology they have, that they don’t know what’s right and wrong.”