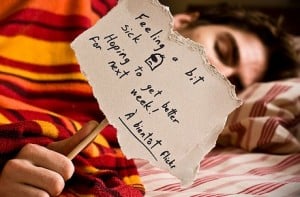 Texas is the first state to require that everyone who attends college in person be vaccinated against meningococcal meningitis (also known as bacterial meningitis), reports the Texas Tribune.

Gov. Rick Perry signed the bill in May and it will take effect in January 2012. One Republican state representative, Charlie Howard, lost a son to the disease and supported the bill. But other Republicans saw the new law as an intrusion into family health decisions and therefore opposed it.

Meningococcal meningitis is rare, but often deadly or debilitating. It kills roughly 10 per cent of those who get sick and causes permanent damage, such as deafness, in another 10 per cent, says Health Canada. The number of cases reported in Canada ranges from 160 to 350 per year. There was an outbreak of the disease in 2001.

The infection cannot be transferred through the air. Instead, it’s often spread through kissing. That makes teenagers, who have yet to come in contact with a carrier of the bacterium, a high-risk group. Symptoms include high fever, headache, vomiting, drowsiness and a stiff neck.

In Texas, the $100 vaccine must be paid for by students or their insurance companies.

Wanda Mercer, associate vice chancellor for student affairs for the University of Texas system, told the Tribune that she is wary of the costs associated with enforcement. “The administrative record-keeping and follow-up by people that is going to be required for those students who don’t comply — and there will be students who don’t comply — is very expensive,” she said.