That's Western University to you

Why they got rid of the University of Western Ontario 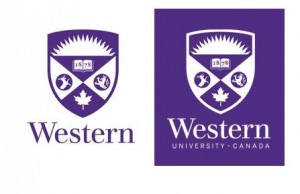 Let’s begin with an annoying autobiographical pause: I studied at the University of Western Ontario. Well, “studied.” Anyway, onward:

What it won’t call itself, in colloquial use, is the University of Western Ontario. That remains the place’s legal name, but it won’t be the name Western travels with.

This is all causing a certain amount of consternation among people with a link to Western and, I think it’s fair to say, to people who follow branding exercises with a certain healthy amount of skepticism. Objections I heard this morning include:

1. This is dumb. Everyone calls it Western already.

2. This is dumb. It’s in Eastern Canada.

3. This is dumb. It’s in Southern Ontario.

To me, it’s not as dumb, but its cleverness takes a bit of explaining.

It all comes down to this guy, Amit Chakma, born in Bangladesh, president of Western University Canada for these past few years. I’ve met him a couple of times and he’s very serious about transforming Western (can we call it Western? Let’s call it Western) from a very good regional university to one with international ambitions and a reputation to match. He showed up in Ottawa shortly after his appointment with a brochette of university VPs to meet with alumni, and some of the things they pointed out are that international-student enrolment is low; that international study travel by Western students is also low; and that there’s therefore little awareness of Western outside Canada.

This branding exercise (which cost $200,000, another source of controversy) is meant to begin responding to some of those concerns. (In other ways the response has already been more concrete. Western was already increasing its enrolment of international students, and that trend has accelerated.) The target audience for the new logo isn’t so much students on campus, it’s prospective students, researchers, research partners and tech-transfer collaborators around the world.

Calling the place “the University of Western Ontario” would confuse people who don’t know what an Ontario is. Calling it “Western” is handier, because (a) everybody there already calls it Western; and (b) because it’s short. But then you have to add “University,” because that tells you what a Western does. And then you add “Canada” because that’s where this Western University is.

It matters less, in this context, that Western isn’t west of much in Canada. It’s west of Frankfurt, and if you’re in Singapore it’s in what you think of as the West, and that’ll do.

The branding exercise, in itself, is indeed silly. Branding exercises usually are. The ambition isn’t silly, if it’s backed by concrete action.  Is it unrealistic for a university in southern Ontario to have those kinds of ambitions? Chakma knows it isn’t, because the last place he worked was the University of Waterloo.