The (surprisingly) most-read stories of 2011 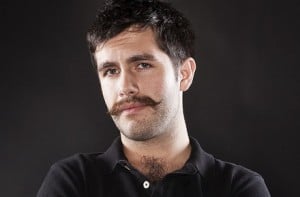 Each year, we offer Maclean’s On Campus readers a look back at the Top 10 most-read higher education news stories of the year. There were two big themes in 2011. First, the many scandals over universities’ reputations, from Alberta to Queen’s to St. FX. Second, uncertainty about the job market for grads.

1. Time for this year’s edition of X-ring Idol
Our blogging English professor, Todd Pettigrew, dared to compare the obsession of St. Francis Xavier students with their beloved X-ring to Gollum’s unhealthy quest for the precious. We knew St. FX students would defend their tradition vociferously—and they did, with more than 250 comments over three days. Most were from alumni and students who thought Pettigrew missed the point. They argued that the ring symbolizes their hard work and the family-like bond they instantly glean whenever a fellow X-grad catches a glimpse of their band. Then again, dozens of readers agreed with Pettigrew—some even suggested the flood of emotional reactions reinforced his point.

2. Apparently men with prostate cancer are privileged
Movember, the month-long fundraiser when men on campuses everywhere grew out their stashes for prostate cancer research, was one of the most positive stories of the year. Too bad a Concordia student newspaper columnist, Alex Manley, almost ruined it for people. He suggested it wasn’t “remotely worthwhile,” because the disease happens to affect mainly white men in North America, rather than more worthy causes like women, the poor and those in developing countries. Columnist Robyn Urback, always able to sniff out injustice, proved him wrong. Readers responded with their own stories of the pain prostate cancer causes and thanked Urback for setting the record straight.

3. Fake Queen’s University advertisement plays up stereotypes
The Queen’s Players, trying to drum up support, showed off their comedy skills with a video spoof of the late-night Everest College infomercials that riffed off the stereotypes about Queen’s. Some of it was tasteful, some wasn’t, but it was well-viewed (100,000 so far) That’s because there’s truth in many of the jokes. One stereotype, that Queen’s is full of rich kids, proved true when On Campus investigated the Ontario Student Assistance Program. Queen’s has half as many student loan recipients as other schools. But while fewer students there require provincial assistance than any other school, we noted that Queen’s spends more of their budget to help poorer students than nearly any other. In other words, they may be richer, but they’re also a caring community.

4. Senate page stunt was nothing but a temper tantrum
Brigitte DePape, who foisted her “Stop Harper” sign in front of TV cameras in June, was cheered by some and despised by others. Either way, she was definitely not ignored, and even popped up during the G20 protests and the Occupy movement (both of which were widely discussed on our site). Urback’s column pointing out the lameness of DePape’s press release calling for a “Canadian version of an Arab Spring” was only slightly more popular than the news story that revealed how DePape’s own parents were initially split on whether their daughter’s stunt was silly or heroic.

5. Queen’s quality “compromised” wrote president in leaked letter
University presidents are experts in public relations, so they rarely say anything politically incorrect. But we got a glimpse of what Queen’s University’s President Daniel Woolf really thinks about his school—and other schools—in a leaked letter meant only for the Chair of the Board of Trustees. Most telling was his comment on Queen’s changing reputation: “It would have been unthinkable 20 years ago that the quality reputation of undergraduate education at Queen’s would be challenged by Waterloo and McMaster …to say nothing of Guelph.”

6. The 10 most and least lucrative degrees
The  U.S.-based Center on Education and the Workforce has finally given students the key piece of information they desperately want to know before picking a degree. It spelled-out what degrees lead to the biggest salaries—and the smallest—after graduation. It turns out nine out of 10 of the biggest degree payoffs in America are in engineering; the other is pharmacy. The 10 least lucrative degrees form a much more diverse list. Some students complained that the information wasn’t Canadian enough. But then the Ontario graduate survey provided us with a useful (though less detailed) ranking of how lucrative various degrees are in that province. Average salaries of 2008 graduates in 2010 ranged from $35,000 for Fine Arts graduates to $98,000 for Dentistry grads.

7. Two-thirds of new teachers can’t find work
The job market for graduates of teacher’s colleges was so bad this year that Ontario’s Minister of Training, Colleges and Universities capped enrollment at the province’s schools. That came before a survey from the Ontario College of Teachers found 67 per cent of 2009 grads weren’t working full-time as teachers. This story showed how rapidly job markets can change. The unemployment rate among new teachers exploded from three per cent in 2006 to 24 per cent in 2011 in Ontario. But it’s not just Ontario that has a sudden glut of teaching graduates: the University of British Columbia’s teacher’s college, recognizing the shortage of openings in that province, recently changed their program to include a three-week practicum in a “non-traditional” teaching environment.

8. When professors plagiarize
It was international news when medical students typed Dean Philip Baker’s convocation speech into their smart-phones and realized that he had lifted some of his words from a New Yorker magazine article without credit. It was news again when, what could have been academic suicide for a student, turned into a mere demotion back to professor for the dean, who returned to work in October. Maclean’s national affairs writer Charlie Gillis revealed in the magazine how entrenched plagiarism has become in Canada. If graduate students are getting away with it, why wouldn’t we expect them to continue sloppy citation when they become professors and then deans?

9. UBC student blinded by husband in Bangladesh
The world was disgusted when Rumana Monzur, a political science graduate student at the University of British Columbia, was blinded and had her nose bitten off in an attack by her husband while visiting home in Dhaka, Bangladesh. But the story didn’t end there. The UBC community raised more than $70,000 dollars to bring Monzur and her daughter to Vancouver, where she received a special residency permit, a place to live, and surgeries to attempt to correct her sight. Unfortunately, she remains blind. The country was intrigued again in December when news broke that Monzur’s husband, Hasan Sayeed Sumon, died mysteriously in a hospital prison cell.

10. Ontario college strike creates problems
Professor strikes were less common this year than in the past, although Brandon University students are behind nearly a semester after a 45-day strike there. This year it was Ontario college support staff who created the biggest hassles for students—and attracted the most discussion on Maclean’s On Campus. Students were frustrated by long lines to get into campuses, delayed student loan payments and exceedingly dirty buildings, all caused by workers who averaged nearly $60,000 per year. OPSEU President Warren “Smokey” Thomas argued that they were striking, not for higher wages, but instead to protect full-time jobs. Colleges want to hire more part-timers.