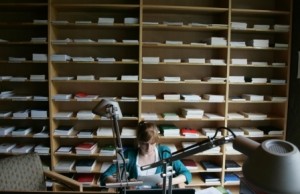 Articling is mandatory on-the-job training that lasts 10 months in Ontario. The Law Society of Upper Canada (Ontario’s self-regulator), says that 12.1 per cent of articling applicants were without jobs as of March 31, up from 5.8 per cent in 2008. LSUC is preparing a report on the problem.

The Lawyer’s Weekly blames the shortage on an imbalance between supply and demand. Law schools have admitted more students in the past decade. Enrollment is up 33 per cent at the University of Ottawa, for example. On top of that, foreign-trained lawyers are arriving in greater numbers, but firms aren’t adding many positions.

Despite the worries, law school officials point out that nearly all graduates continue to find articling spots by graduation. Still, having nothing lined up can make the final term of law school stressful, because graduates who don’t start articling by late summer wait longer to be called to the bar.

That said, there is plenty of work for lawyers, especially if they’re willing to move. Rural locales from Thunder Bay, Ont. to Kelowna B.C. report shortages, while experts say suburbs like Surrey, B.C. need more lawyers too. But students are disproportionately focused on cities. The Law Society of B.C. found that three out of four B.C. students plan to practice in or around Vancouver.