The best kind of exam

The perfect cross between a final and a term project 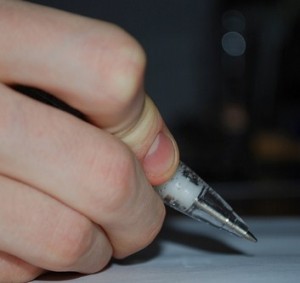 When a course doesn’t have a final exam, there’s usually some sort of a drawback. Like a gigantic, time-consuming term project that requires lots of research and a half-hour presentation.

Meaning, the kind of thing that’s left until the last second, on the same day your lab report and term paper are also due.

On one hand, anything is better than a final exam. On the other hand, you’re going to have to read a bunch of Wikipedia articles and then find some journal articles to cite in your references.

But there is a middle ground. Something that’s a perfect cross between a final exam and a term project.

Unlike a term project, it doesn’t involve weeks of procrastination followed by a single night of stress-filled research. And unlike a final exam, you don’t have to mentally photocopy your textbook and then regurgitate everything within a two-hour time limit.