The power of one

Being an Only Child has its advantages 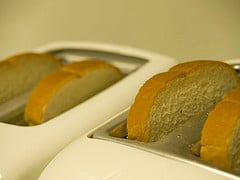 For the past two months I’ve been living like an Only Child.

Unlike my younger brothers, my summer vacation started at the end of April. Which means each week day, between the hours of nine and three, I’m an Only Child.

Suddenly the TV doesn’t have to be split five ways. Dexter doesn’t have to compete with SpongeBob Squarepants. If I want to use the computer, nobody’s in the middle of a Runescape battle.

And those four toaster slots? All mine.

Even worse, a layer of backwash might suddenly appear on the surface.

Taking a sip from a water bottle, putting it back in the fridge, and finding it where I put it. It’s a special kind of luxury.

And it ends in less than a week.