The departure of Concordia’s president is one of several mysterious, high-level exits at Canadian schools 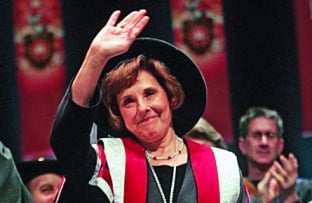 Concordia University, with its history of student conflict, has rarely been an easy place to govern. Yet when Judith Woodsworth took over in 2008, the school was in a tough spot even by this standard. Its deficit had swelled to $5 million following a lengthy construction blitz on its campuses. The university remained Montreal’s ground zero for tensions over the conflict between Israel and the occupied territories, with protests, boycotts and heated rhetoric on both sides hogging more than their share of oxygen. To top it off, Claude Lajeunesse, the previous president, abruptly resigned from the university two years into a five-year contract, taking over $1 million in severance with him.

Woodsworth was to be a salve for Concordia’s ails. Unlike Lajeunesse, an engineer by training, she had an arts background, and according to several Concordia staff was as approachable and collaborative—a kind of mother hen, some suggest—as he was stern and aloof. If her past record was anything to go by, she was also results-oriented: as president of Laurentian University in Sudbury from 2002 to 2008, she opened a medical school and introduced six new doctoral programs. At her public introduction to Concordia staff and faculty in February 2008, she spoke of the need for listening and consensus building. She insisted people call her Judy.

Woodsworth barely outlasted her predecessor. Shortly before Christmas, the board of governors announced Woodsworth was resigning “for personal reasons.” Board chairman Peter Kruyt, instrumental in recruiting and hiring Woodsworth barely 2½ years earlier, announced the sad news. “Concordia has thrived under her direction, with significant progress and an enhanced reputation on the local, provincial, national, and international scenes,” Kruyt said.

Yet there was a twist: in an interview with CTV News earlier this month, Woodsworth herself said she would gladly have stayed on as president but was asked to leave, and that her departure was forced on her in the days before Christmas vacation. As with Lajeunesse before her, the board refused to discuss the circumstances of Woodsworth’s resignation, sending the university into familiar terrain, with faculty, staff, and students furious at how the board conducted itself, and clueless as to why she was gone. Kruyt declined to answer questions regarding Woodsworth. “Dr. Woodsworth resigned,” responded Concordia spokesperson Chris Mota to Maclean’s. (Woodsworth herself spoke to Maclean’s, but not about the specifics of her situation.)

“There’s a climate of fear within the staff at the university,” says Concordia professor Lucie Lequin, president of the faculty association. “We think that there is an occultish power at the university, and that many of the decisions are taken outside of executive meetings or within the board.” And news of Woodsworth’s resignation has travelled well beyond Concordia, with more than one well-placed observer believing her version of the story. “That the board?.?.?.?would announce and attempt to conceal the truth of this dismissal in such a clumsy and ham-fisted manner does little to inspire confidence,” wrote Torstar chair John Honderich, who knew Woodsworth from her days at Laurentian, in a letter to Kruyt earlier this month, obtained by Maclean’s. “In short, I am appalled.”

Woodsworth’s exit caps a five-year senior management purge at the university that has seen the departures of Lajeunesse and Woodsworth, and of five vice-principals—including Concordia veteran Michael Di Grappa, who also briefly served as interim president, and recently debarked for crosstown rival McGill. And if it’s any consolation to Woodsworth, she appears to be in good company when it comes to Canadian university presidents who’ve suddenly and prematurely made for the exit signs. The past five years have been marked by nearly a dozen such high-profile dismissals or resignations, reflecting what Ryerson University president Sheldon Levy calls “an acceleration of the problem” of rapid turnover in senior management at Canadian schools. These include David Atkinson, who left Carleton university in 2006, 15 months into a six-year term; former St. Thomas University president Michael Higgins, who left in 2009 after an acrimonious labour dispute; and Don Cozzetto, who abruptly left the University of Northern British Columbia in 2008 because “he was tired of being a scapegoat,” as one sympathetic board member told the Vancouver Sun.

Many of the presidents are victim, say colleagues at other universities, of more business-oriented boards and government-imposed fiscal restraints. Ryerson’s Levy says he doesn’t know the particulars of Woodsworth’s case, but that exits like hers are often a result of the increased acrimony between business and the academic side brought on by a demand on universities to do more with less. “It’s easier to fire the coach,” he says.

He sees it partly as a question of divided loyalties. “The board might have certain business objectives it wishes the president would realize,” he says, “while the faculty, students and staff have a different set of academic objectives they want you to achieve. The tougher the fiscal situation is, the more pressure on presidents to balance expectations and do both the left and the right at the same time.”

Yet, as Woodsworth herself points out, a business-minded board isn’t a problem in itself. “Having people from business on university boards, or the boards of other not-for-profit organizations, can be a good thing,” she told Maclean’s. “I think sometimes we lose sight of the fact that we still have a bottom line, and we have to balance the budget. You need people looking over your shoulder telling you that. They bring those qualities, but it is also important for them to be aware of the realities in a university and to try to understand the academic culture.”

Whatever her relationship with the board, Woodsworth did have her critics among students. Student union president Heather Lucas signed a letter of non-confidence in her leadership last fall, in part due to her support of tuition hikes. Nevertheless, the CSU issued a statement condemning “the abrupt dismissal of Concordia’s second president in three years,” which has caused “a serious crisis of confidence at our university.” In the long run, such acrimonious departures will mean universities will have difficulty recruiting top talent to fill the job without bulletproof contracts and huge pay increases, says William Barker, president of the University of King’s College. “Do people really want to go to a place that has had so much turnover?” he asked. “The universities themselves might not know what they want in a president, so you’re caught in a crossfire that you weren’t even aware of.”

Woodsworth, who left the university with a little over $700,000 in severance, is moving on. She recently visited a grandchild in New York. She refuses to say a bad word about Concordia, prefering to chat about a book she is working on. Concordia, too, seems to want to move on. Board member Amine Dabchy recently sent a letter to Maclean’s, apparently in response to a news brief on the magazine’s website about Woodsworth’s exit. In it he decried the many “unfair and biased editorials” in the Montreal press “that put into question the authority of the board.” But when contacted for this story, he refused to comment. “I think we should just move forward,” he said.

The board recently brought back former Concordia president Frederick Lowy to serve as interim president. Like Woodsworth, Lowy has a reputation for kind words and a bendable ear. He may need both. Already, the university senate, the school’s highest academic body, passed a motion demanding a review of governance and a review of how board members are appointed—as well as the resignation of Kruyt as the board’s chairman. It echoed similar motions passed by various student and faculty associations. “I think it’s less about [Woodsworth’s resignation] than it is a manifestation of a larger problem,” says Concordia senate speaker Donald Boisvert.

Grappling with that problem is the unenviable job of the next president—if he or she dares to try.