There's something worse than physics on the MCAT

Hint: it's not chemistry. 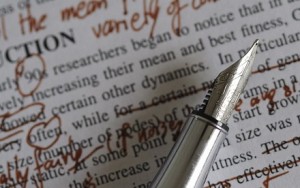 Ever since I started studying for the MCAT, I’ve been worried about the physics section.

Apparently it’s just an irrational fear. Whenever I’ve brought it up here in my blog, most commenters have assured me that the physics questions are so basic, Forrest Gump could answer them all correctly and have enough time left over to start narrating his life story to the person sitting next to him. Which, of course, is why everyone who writes the test gets a perfect score on the physics section.

It turns out I might have been worrying about the wrong section. Apparently the lowest-scored section on the MCAT isn’t the physical sciences. Or biological sciences. It’s the verbal reasoning section.

For some reason I always thought that verbal reasoning was the section that most people could expect to score decently on. Perhaps it’s because, unlike the physical or biological sciences, there isn’t any specific background knowledge required.

But after looking at some practice problems, I think I’ve realized why it’s the toughest section. Most of the questions were apparently designed by Confucius, with some editorial input by Yoda and Master Po.

1. According to the passage, an image is a versatile tool that:

A) is always visual, never abstract.

B) can be either abstract or visual.

D) is neither visual nor abstract.

That leaves me with a new hobby for this summer. Instead of whining about physics, like I’ve been doing for the past couple months, I plan to whine about verbal reasoning instead.