This business professor is a creativity crusader 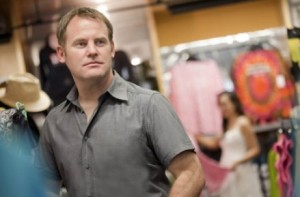 Darren Dahl, a professor and associate dean of the Sauder School of Business at the University of British Columbia, is a 3M National Teaching Fellowship recipient for 2013. Maclean’s On Campus is profiling all 10 in the coming weeks.

“I don’t use technology,” says University of British Columbia professor Darren Dahl of his creativity course. “Technology is great for some topics, but I can engage at a much higher level without it.”

To show he’s serious, any student who opens his or her computer or whose phone rings during class must donate $100 to charity. His own phone once went off. “Boom. $100 in the pot,” he says.

It keeps students focused on discussions that Dahl referees. It also leaves time for plenty of games. His focus on keeping students engaged is one of the reasons he was awarded one of 10 prestigious 3M National Teaching Fellowships for 2013.

“I personally believe everyone’s creative at some level but it’s often something we lose as we go through the schooling systems,” he says. He brings in some of his Lego collection, worth more than $4,000, and tells students to start building. After creating whatever they desire, they debrief.

Lego is a good way to teach play to adults because it’s all about taking things apart and putting them back together. What Dahl wants students to realize is that business people shouldn’t always just pick a goal, map it out and go straight there. To stay creative, they sometimes need to destroy what they’ve built and start again.

Other times, class discussions are stimulated through case studies. One favourite is a Harvard Business School case on El Bulli, a Spanish restaurant considered among the world’s best until it closed in 2011. The restaurant was shuttered six months of the year so that its employees could travel and learn about other cultures and foods. That helped it stay creative, says Dahl.

But it closed in 2011, so why is it a useful business case? “It’s very refreshing for business students to discuss because some of them argue, ‘what’s the point of being in business if you’re not making money,’ where others argue ‘It’s not necessarily about the money’,” he explains.

His assignments are similarly thought-provoking. In one, students create something—anything—during the term. Past students have made artwork, machines and songs, sketched out a fast-food hamburger, designed a religion and performed stand-up comedy. The point is for them to try something new—ideally something outside their comfort zone.

Dahl isn’t afraid to try new things—and fail. One time he encouraged the students to trade footwear. He was trying to illustrate the importance of empathy by literally making them walk in each others’ shoes. Students considered it unhygienic and weird. It became a distraction.

But being unafraid of failure is the point. “In business we don’t often have the time or the courage to try something new,” he says. “My course is pretty good at pushing people that way.”