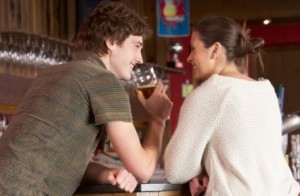 Nearly a third of university students (32 per cent) who filled out the biggest-ever survey of health on Canadian campuses earlier this year agreed that their intimate relationships had been traumatic or very difficult to handle, tying it with sleep problems as the third most common worry after academics (57 per cent) and finances (37 per cent).

That’s not surprising considering that when a person moves away to school and leaves a partner behind, he or she will see far less of that partner and far more of other interesting people.

“The main reason students will tell us they end their relationships is because they weren’t able to spend enough time together,” says York University psychologist Jennifer A. Connolly, who researches young love. “Relationships often benefit from stability,” she adds. “Established ways to spend time and have fun together make the relationship easy. If that’s disrupted there may be disruptions to the relationship as well.”

Relationships can also be strained when one partner decides to focus more on education or career career goals than his or her personal life. “For those students, long-term committed relationships may serve them less well than casual relationships,” says Connolly, who emphasizes that everyone is different. “Some students stay in the relationships they had in high school and are successful.”

There’s certainly a sense on campus that most romances don’t survive the transition from high school to university. There’s even a term for breakups that occur at the Thanksgiving holiday in October, which is the first opportunity a long-distance couple has to reunite face-to-face in their hometown. It’s called the Turkey Dump. Connolly hasn’t seen that phenomenon in her own research but reiterates that relationships are very vulnerable to disruptions like going away to school.

That may sound depressing for those who are about to move away to school and don’t want to break up. The good news is that there are counsellors on campus who are equipped to help and there’s less pressure than in high school to follow a particular path, meaning students who get dumped or choose not to have a boyfriend or girlfriend are less likely to be looked down upon.

Either way, says Connolly, “relationships are incredibly important to young people’s well-being and happiness, so they should think carefully about what they’re doing, but also enjoy themselves.”