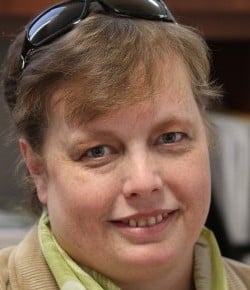 Sue Vajoczki, Director of the Centre for Leadership in Learning at McMaster University, was an evangelist for experiential learning long before it became a buzzword.

Her field, geography and earth sciences, lends itself particularly well. “You can’t teach earth science without seeing and feeling the landforms,” she explains.

But Vajoczki thinks opportunities to learn outside of the classroom are too often squandered. “Many people can think of the field trip where they got in a school bus, went to a site, were told about a monument, got on the bus, went to the next monument—and then forgot,” she says, “because there was no active learning taking place.”

Active learning takes place, for example, when students not only see a landscape and hear a speech, but measure it, draw it, discuss the processes that might have shaped it, and then consider the implications for human beings.

Vajoczki is one of 10 new 3M National Teaching Fellows who have agreed to share their teaching philosophies with Maclean’s On Campus. She believes that experiential learning—with appropriate preparation and reflection—can help all learners.

Vajoczki knows it works, not just because of research, but because her students say it transforms them.

Here’s an example. Several years ago, Vajoczki was on a research trip in Costa Rica where erosion was especially bad. It was outside her scope, but presented the perfect opportunity for undergrads to learn while also solving a real problem. The year after, her class went south, met with locals, created a 3D map, and collectively solved the problem using the limited materials available.

Several students have since e-mailed Vajoczki to say that the experience changed their lives.

Of course, not all students can go to Costa Rica. There isn’t the money. That’s why Vajoczki researches ways to “upscale” experiential learning to bigger classrooms. She’s learned that “finding placements is not all that difficult. What’s difficult is how we bring it into the classroom.”

One key is allowing time for reflection. “When they come back to reflect, that’s where we, in a large class, can still be successful,” she says. “We get them thinking about what they understood that’s from theory, what they actually did in the experience, and what they could do differently next time.”

But it’s not just students who need to reflect more. It’s also a habit she’s helping future professors develop in the centre’s course for graduate students on the Theory and Practice of Teaching.

Her methods include making students give short lessons that are videotaped. There are some common revelations. First, what the expert sees as a clear message isn’t always so clear. Second, enthusiasm doesn’t always show like we think it does, so pay attention to your body language.

Vajoczki thinks most professors could benefit. “People used to get 10 years into their career where they would look rigorously at their teaching and get some feedback,” she says. “We’re now seeing, with this course, that we can get them thinking that way before they teach their first course.”

Ten years ago, the course had several students per semester. Now, it enrolls 70 to 80 each time. As a result, Vajoczki believes the next generation of professors will be more likely to inspire active and reflective learners—and less likely to squander those precious opportunities in the field.