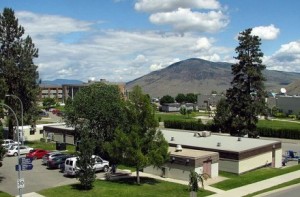 Students at Thompson Rivers University are joining their peers at schools like the University of Prince Edward Island in demanding that their student union’s budget be published online.

It would seem like a given that students who are forced to pay substantial fees—$150 per year at TRU—would have easy access to the projected spending of their money. Indeed, they do at some schools like the University of British Columbia and the University of Alberta.

But many student unions like TRU’s have bylaws that only require executives to share their budgets at annual general meetings or when students make appointments to sit down with executives to go over the numbers.

Either way, budgets are nearly impossible to peruse without investing a lot of time and energy.

Still, Nathan Lane, executive director of TRU’s student union, told the Omega student newspaper that “it doesn’t make much sense for us as a membership to publicly produce our documents.”

Lane said that they don’t want a “lot of drafts out there” and that students need the “context” he says is provided to them when viewing it with a student politician sitting across the table.

Those are familiar arguments. When students circulated a Facebook post asking the University of Prince Edward Island’s Student Union for more access to their budget, president Rob Livingstone told us that “the fluid nature of the document” and “privacy” reasons meant it couldn’t be made public. “We did not wish to force full-time non-student staff to disclose their salaries,” he elaborated.

Full-time student union staff salaries caused much debate at the Simon Fraser Student’s Society last year. In July, the SFSS locked out its Canadian Union of Public Employees local because they said that high wages were making it difficult to afford anything else.  At SFU, the average wage among 12 full-time staff was $30.48 per hour, which costs students about $700,000 per year.

If students at Thompson Rivers want to compare that to how much they’re spending on employees they’ll need to make an appointment—or attend the Annual General Meeting on Jan. 25.