Test was to take place in Goderich, Ont. 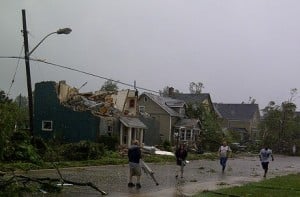 Zak Ashley, a 19-year-old University of Windsor student, missed his exam on natural disasters due, ironically, to the tornado that tore through Goderich, Ont. on Sunday, reports The Windsor Star.

The resident of nearby Wingham was supposed to take the distance education environmental science exam at a United Church in Goderich on Monday, but he didn’t show up because he believed that the church had been destroyed by the storm. In fact, it was another United Church in town that was damaged. The school will allow him to write the test in the fall instead.