Toronto and Vancouver too expensive: rankings 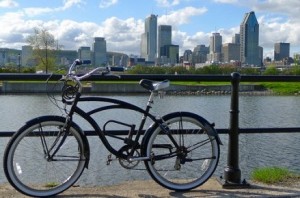 Montreal is the only Canadian city to crack the Top 10 list in a new ranking of the best cities above 250,000 for students—a list that will be considered by jet-setting scholars everywhere.

Montreal’s tenth place in the QS World Best Student Cities rankings was earned through high scores in all five of the criteria areas considered.

First, its institutions are high quality: U de Montreal and McGill U are in the Top 200 worldwide; Concordia U is in the Top 600.

Next, Montreal’s quality of living is high when measured by the Mercer Quality of Living Index.

It’s reasonably affordable too, when measured by international student tuition ($13,400), the Mercer Cost of Living Index and The Economist magazine’s Big Mac Index.

Its “mix of students” is also high—Montreal has a high proportion of students, both domestic and international. Foreign students make up 21 per cent of the mix, compared to 10 per cent in Toronto.

The next Canadian city on the list is Toronto at #26. Toronto managed to beat Montreal on the quality of living and employer reputation measures, but was dragged down in part by relatively poor affordability. In Toronto, international fees alone average $21,100. Rent is higher too.

Vancouver beats both of its Canadian peers on quality of living, but scores even worse than Toronto on affordability, landing it at #31. International tuition in Vancouver is $21,000.

Many of the top-scoring cities are expensive places to rent and eat, but have more affordable tuition for international students than Canada’s cities. In Paris (#1),  international fees average $2,300.

Luckily for Canada, U.S. schools fare badly on affordability too: Boston ties Montreal. Both Montreal and Toronto beat Chicago, New York, San Francisco and every other U.S. city for affordability.

It’s Europe and Australia that present the real competition. Here are the Top 10 Best Student Cities: