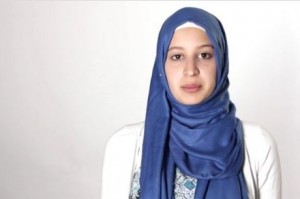 From The Muslim Chaplaincy

Students at the University of Toronto have set a goal of raising $70,000 by September to fund a year-long contract for the first-ever full-time Muslim chaplain on a Canadian campus.

In a slick video on the campaign website various young people make the case for donations. “I had to sit in class and listen to my professor tell me Islam degrades women,” says one young woman. “In my field, relationships are built at the bar. What am I supposed to do about that?,” says a young man. “There’s something about mosques that makes me uncomfortable,” says another man.

Richard Chambers, director of the Multi-Faith Centre at the University of Toronto told the Toronto Star that a Muslim Chaplaincy could help fix an “imbalance” created by the fact that Jewish and Christian campus groups have full-time staff, while Muslim groups currently rely on volunteers.

Here’s more from the Open Letter appealing for funds by Ruqayyah Ahdab:

I want you to take a moment and remember the time when you were not sure whether you should keep wearing the hijab or take it off completely. Or when you were an MSA exec and an ideological war of ideas erupted on campus and things got ugly. Or the time your son came back home and said he was moving in with his non-Muslim fiancée. Or the time your daughter yelled back at you and said you would never understand. Or the time a Muslim youth walked through the doors of the emergency ward with a bullet wound, bleeding, and you prayed they would leave their gang. Or the time you were not even sure if you were still a Muslim and wished you had someone to talk to.

A Muslim chaplain is here for all of that: to serve and support Muslim youth, to help them work through their challenges, and help them develop a healthy and meaningful Muslim identity.