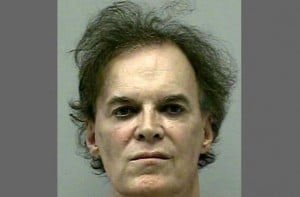 It’s easy to understand tenure-less professors looking for extra work during the summer, but Max Reinhart—charged with prostitution in Atlanta—has tenure at the University of Georgia.

The 65-year-old German professor and Goethe Studies chair agreed to provide $60 of sexual “services” to an undercover police officer he met on a transgender escort website last week.

He’s not denying the incident. “I’m embarrassed. I’m feeling very stupid,” he told local Channel 2 News following his arrest and release on bond. “I am deeply remorseful for anything I may have done to bring any kind of doubt to the integrity of the university and myself.”

Reinhart recently published a paper called “The Poetry of Islam in Johann Wolfgang von Goethe: Empathy—Imagination—Understanding” and is organizing of a conference called “Reparative Reasoning: Bridging the East/West Divide in the Philosophy and Poetry of Muhammad Iqbal.”