Trinity Western wants to open its own law school 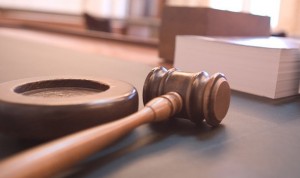 Trinity Western University, a privately-funded Christian school in B.C.’s Fraser Valley, wants to open its own law school. As Canadian Lawyer Magazine reports, Trinity Western hopes for approval from the provincial government and the Federation of Law Societies of Canada within the next six to 12 months. The school envisions a three-year JD program that will take its first cohort of 60 students in September 2015.

If approved, the law program will be the fourth in B.C. Last year, Thompson Rivers University opened the province’s third law school in Kamloops.

Given that there is a national shortage of articling positions for law graduates, the decision to open new programs seems curious. But, as Trinity Western associate professor Janet Epp Buckingham told Canadian Lawyer Magazine, the school will hire an articling coordinator to help place students in positions post-graduation, and will encourage them to consider setting up shop in smaller communities. “The whole focus is really going to be on building skills alongside building legal analysis and understanding so that when students graduate from the law school they would be able to go into a small firm already with skills that they can use and apply,” she told the magazine.