U.K. clamps down on international students 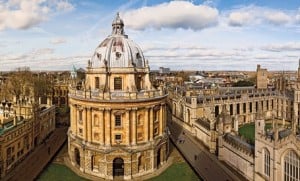 In Canada, international students put up with higher tuition, face language and cultural barriers, and often suffer from homesickness.

In the U.K., they now have it even harder. At least two English universities are fingerprinting international students to make sure they attend lectures, reports Times Higher Education.

“The universities of Sunderland and Ulster have installed biometric monitoring systems on satellite campuses not used by British students, a move condemned by the National Union of Students … Ruth Davison, student relations and compliance manager at Sunderland, said the system had been installed because the site was “entirely international” and the Home Office required that all attendance be monitored. … The fingerprint data would be destroyed after students left the university, Ms Davison added. She also said that the students were “really comfortable” about fingerprinting and the London campus’ student council was happy with the system.”

The universities are fingerprinting because the government now requires them to make sure those enrolled are actually studying and not using students visas to work illegally in Britain.

But biometrics is only the beginning. A proposed immigration bill would require landlords to check the immigration status of potential tenants. It’s reasonable to assume that many won’t want to be bothered with the added bureaucracy making it even harder for newcomers to find shelter.