But will it really reduce stress? 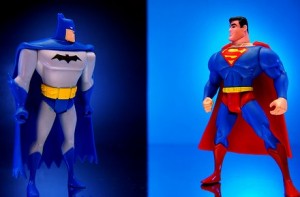 The only thing worse than stressing out about upcoming exams is when you’re done writing them and you stress out about the marks you’ll get.

The University of Toronto Law faculty knows this and they want to make students focus less on marks and more on “intellectual engagement.”

After two years of studying how to reduce stress about marks and help students enjoy their studies, the law faculty is considering dropping letter grades (A, B+, B, C+, C, D, F). Several law schools in the United States use the pass/fail system, including Harvard, Stanford, Berkeley, and Yale, they note. A pass/fail system can help reduce students’ anxiety over marks, they say.

Except, uh, U of T’s news system won’t be pass/fail. Instead, five categories of marks will be used: High Honours, Honours, Pass, Low Pass, and Fail. In other words, the letter grade system isn’t being dropped, it’s just getting a face-lift. It’s like making a director’s cut and calling it a new movie.

I’m not exactly sure how renaming the letter grades is supposed to reduce anxiety over marks. Instead of stressing about getting A’s, students can stress about getting ‘high honours.’

Here’s an idea: instead of assigning them grades, why not rank students on a superheroes scale, Batman, Spider-Man, Wolverine, and Green Lantern…

Then again, that might not work. Students would still fear getting an ‘Aquaman.’