U of T students may shift representation to identity groups 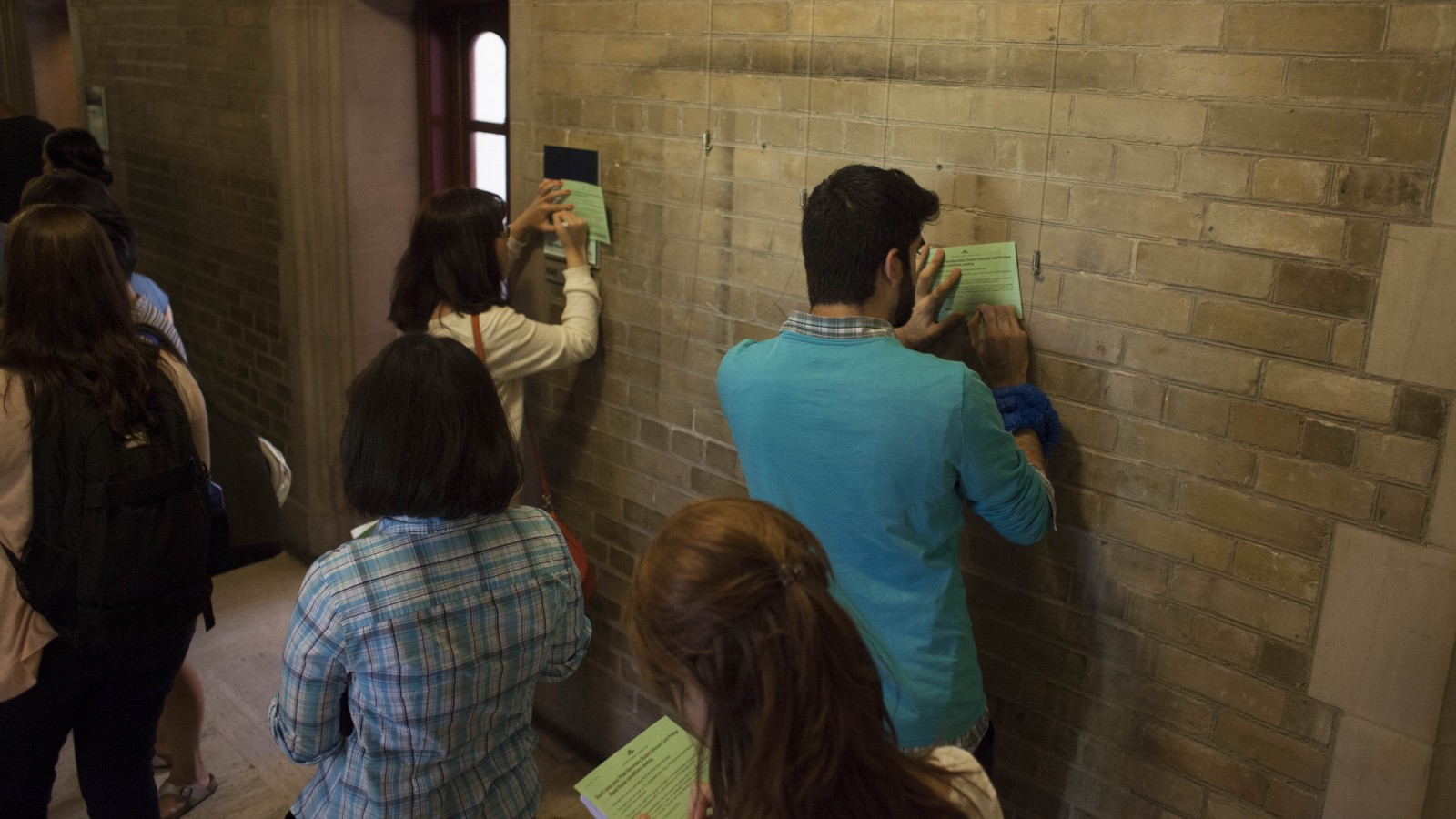 U of T students in Sept., 2013 (Photograph by Andrew Tolson)

Last Thursday, at its final meeting, the outgoing board of directors at the University of Toronto Students’ Union voted, as expected, to dismiss complaints about a controversial recent election. It also managed to create an entirely new controversy.

The 46-person board, which oversees an organization all undergraduates at the downtown and Mississauga campuses must pay fees, opted to send a proposal to the next Annual General Meeting that, if approved, will take away representation from colleges and faculties—some of which have long been critical of the union—while adding 10 “constituency representatives” who would be expected to work on behalf of specific groups: international students, LGBTQ, women, the racialized, Indigenous students, mature students, those with disabilities, commuters, athletes and first-years.

Benjamin Crase, an outgoing board member and head of Trinity College, is opposed. (U of T groups undergraduate students into seven local communities called “colleges.”) He says the proposal will force students to choose between local representation and increased support for identity groups. “As the Trinity representative, I’m considering the values and opinions of all members of my constituency regardless of sexual orientation, age or abilities,” he says. But he still worries how students will vote at the AGM in the fall. “If you’re against this,” he says, “does that make you racist? Homophobic? Against international students? Against Indigenous students?”

Trinity is one of two colleges, along with the Faculty of Engineering, that held votes in 2013 on whether to leave UTSU because they felt it was undemocratic. Students voted overwhelmingly in favour of leaving the union but UTSU refused to recognize the votes. The university administration tried to mediate but UTSU withdrew from talks earlier this year. The vote to elect this fall’s representatives ended with complaints about the process that caused the administration to demand ballot boxes be sealed.

Pierre Harfouche, who began his term as Vice-President, University Affairs of the UTSU on Thursday—he’s the first executive from a non-incumbent slate in eight years—said on Wednesday that he believes most students support adding special representation for identity groups but that the proposal should not have been sent straight to the AGM without consulting more students, which a subcommittee had recommended to the board.

Harfouche also points to some logistical concerns including that some students may think, for example, that only LGBTQ students can vote for LGBTQ representatives. “Will people know they can vote in all elections? Would they be interested in voting in all the elections?” Technically, someone who isn’t from a particular constituency could run to represent them, but it would be “kind of weird,” he says. “I don’t really see how it makes elections any more fair to divide people into pseudo-constituencies.”

The UTSU is not unique in adding constituency representatives. They exist at student unions from Memorial University of Newfoundland to Kwantlen Polytechnic University in suburban Vancouver, where 10 of 40 board seats are reserved for representatives from specific groups, including male and female residence students, LGBTQ students and Aboriginal students.

Arzo Ansary, who served as the women’s representative on the Kwantlen Student Association, defends adding seats for historically marginalized groups, even where those groups form a majority of the population, as some do at the University of Toronto, where 56 per cent are female and 78 per cent identify as non-white.

“Women face barriers that are completely unique,” she says. “For example, at our campus, one of the things I discovered as a women’s representative was that we weren’t collecting any information or data on sexual assaults on campus.” She also learned how a lack of child care disproportionately effects women and mature students. The school listened to her concerns about child care and hired her to work on a proposal for an on-campus daycare.

Still, Ansary doesn’t understand why the UTSU board wants to cut some representation rather than just adding more. “To remove one type of representation and replace it with another only leads to feelings discord and animosity,” she says.