Is this the beginning of a Zombie Apocalypse? 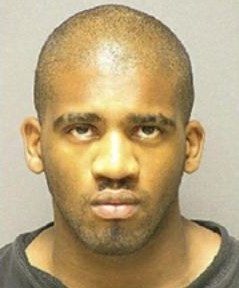 A Kenyan-American college student has been charged with murder after admitting to cutting up a guest that was staying in his family’s home and eating his brain and heart.

Police in Harford County, MD say that Alex Kinyua, 21, admitted to killing Kujoe Bonsafo Agyei-Kodie, 37, a Ugandan graduate student who was living with the Kinyua family while awaiting deportation.

Kinyua took engineering at Morgan State University, a historically black university in Baltimore. He was in good standing with the university. His father is a professor there.

Kinyua has a history of strange behavior, reports CTV. In January, he was “disenrolled” from Morgan State’s Reserve Officers’ Training Corps, a military training program.

In February, he posted on Facebook asking fellow students whether they were “strong enough to endure ritual HBCU mass human sacrifices around the country and still be able to function as human beings?”

That has added to Internet chatter over whether a “zombie apocalypse” is coming considering other recent high-profile incidents of zombie-like violence in the United States. In May, a Florida man’s face was eaten off by another man who was supposedly high on drugs called “bath salts.”