U. Windsor stabber turns himself in 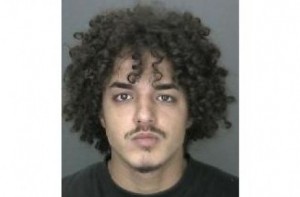 The man suspected of stabbing at least three people outside The Thirsty Scholar pub at the University of Windsor turned himself into police on Sunday afternoon, reports The Windsor Star.

According to Windsor Police, at approximately 2:10 a.m. on March 9, an altercation occurred between a group of men outside the campus pub. Emad Adel Ben-Abdellah, 21, then stabbed a 20-year-old and a 19-year-old before running toward a group of people in a parking lot and stabbing a 23-year-old man in the right leg. That man was found by police with serious injuries, but is now in stable condition. A fourth male may have been stabbed, but fled.

Abdellah faces three counts of aggravated assault, assault with a weapon and breach of probation.