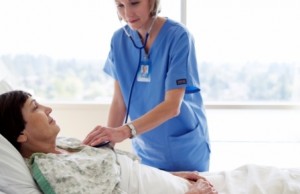 A five-day-old faculty strike at the University of New Brunswick has impacted students in ways big and small, from the cancellation of classes to not being able to pick up packages because unionized delivery workers won’t cross picket lines.

Now, final-year nursing students say that if it isn’t resolved in the next two weeks, it could mean they may not be able to write their Canadian Registered Nursing Exams on June 4, a requirement before they can work as RNs. If they miss that test, their next opportunity to write it would be in October. Future nurses are required to have 1,400 “clinical hours” before they write the test and the professors who oversee those hands-on experiences in hospitals, long-term care facilities, aboriginal reserves and elsewhere, are no longer working. At UNB, clinical hours must be completed by Feb. 28 in order to write the June exam.

“Not only does it impact on the new grads who can’t enter the workforce,” says James Smith, president of the UNB Nursing Students’ Union, “the community is looking for these new grads.”

The dispute is partly over compensation. The university has offered a 9.5 per cent pay increase over four years but the professors want more. The Canadian Association of University Teachers reported that full-time UNB faculty were paid $102,144 on average in 2010-11, making them 31st highest paid out of 58 schools.

The UNB Students’ Union said it is concerned all students could lose their semester if the strike goes on too long or that students who have leases ending in April or jobs lined up could be hurt.

UNB president Eddy Campbell was rebuffed this week when he asked Premier David Alward for legislation that would force professors back to work.