University of Toronto tutorials are too big 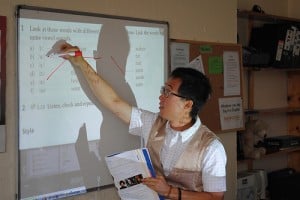 The union that represents teaching assistants at Canada’s biggest school, the University of Toronto, wants the public to know about the ballooning student-instructor ratios in the tutorials and labs they teach.

CUPE 3902, which represents 4,200 teaching assistants, graduate-student instructors, lab demonstrators, invigilators and writing instructors, voted 91 per cent in favour of striking on Nov. 30. A strike is still far off—2012 at the earliest.

The union may be using tutorial and lab numbers as a bargaining chip, but that doesn’t make the figures any less surprising—or concerning.

Although it’s not clear what class size is ideal, it’s known that students learn significantly more in classes of 15 students than classes of 30, according to 2008 research from the London School of Economics. Others follow Maimonides’ Rule, named after the 12th century scholar who said a second teacher is needed after 40 pupils, which was reconfirmed by researchers in 1999.

Whatever the ideal size, anyone who has ever sat in a tutorial or lab knows that 50 students is too big. What kind of discussion can you have in a 50-minute tutorial that has 50 pupils in it? As James Nugent, a CUPE spokesperson puts it, “after 50 students, it’s not even really a tutorial anymore.”

And labs are often the only place where engineering and science students can ask about tricky problem sets or get personalized help with lab techniques they’ll need to succeed on their own.

To be sure, the union is highlighting these numbers for their members’ benefit. A cap on the number of students per tutorial would mean more paid work for them. The union isn’t looking for an hourly pay increase beyond inflation—nor should they. They already make high hourly wages. For example, a job posting for a German TA job next semester is listed at $39.92. But at five hours per week, that’s just $800 per month. So it’s pretty clear why they want to create more TA jobs.

In any conversation about class size, money is going to matter. Money is always limited. TAs, on an hourly basis (as you’ve seen above), are expensive. But Nugent thinks U of T can afford smaller tutorials and labs. “It’s not a budgetary problem,” he says, adding that wages for the 4,200 TAs and other workers in the bargaining unit only make up 2.6 per cent of the university’s budget.

University of Toronto spokesperson Laurie Stephens disagreed with Nugent’s claims, saying Friday: “[the university] disputes these claims. But we will not bargain in the media and it is unfortunate that CUPE 3902 chooses to do so. Our teaching assistants are important members of our community and we are committed to reaching a reasonable agreement with them.”

Whatever CUPE 3902’s motives for speaking out about class sizes, the numbers don’t lie. It’s time for a discussion about capping tutorial and lab sizes. After a certain number of students are crammed in, they become, well, pointless. And we should have learned that in the 12th Century.