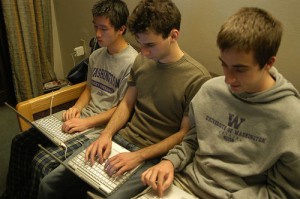 The president of the Catholic University of America in Washington, D.C. says his school will return to all-male and all-female dormitories in September. Here’s his reasoning. “The two most serious ethical challenges college students face are binge drinking and the culture of hooking up,” wrote John Garvey in The Wall Street Journal Monday. “Here is one simple step colleges can take to reduce both binge drinking and hooking up: Go back to single-sex residences,” he writes.

His only evidence appears to be a study by Christopher Kaczor of Loyola Marymount University that shows students in co-ed dorms report binge drinking more than twice as often as students in single-sex housing, and that students in co-ed housing are significantly more likely to have had a sexual partner in the past year. What the article doesn’t mention is whether Kaczor’s study controlled for the fact that many students who live in single-sex dorms have chosen to live there precisely because they wish to avoid alcohol and sex.