Students can be admitted without provincial exams 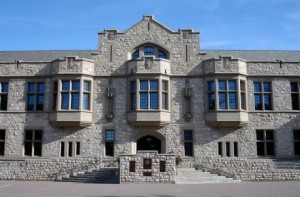 The University of Saskatchewan is hoping to attract more students from Alberta, British Columbia and the territories by “levelling the playing field,” reports the StarPhoenix.

The university will now waive provincial and territorial final exam marks and will base admissions and scholarships decisions entirely on the grades teachers assign throughout grade 12—should those marks be higher.

For Albertan students, diploma exams count for 50 per cent of students’ final grades. Clearly, if they can choose whether to include the test or not, it means some students will be considered by Saskatchewan who might not have been in the past.

The reason for the change is equity, Dan Seneker, undergrad recruitment manager for the U of S told the newspaper. He argued that admissions standards haven’t changed. “We’re not dropping our average, we’re not dropping our scholarship averages or anything like that, we’re not increasing space in programs. We’re keeping everything status quo, we’re just admitting students on a more equitable basis,” he says. A message on the U of S website echoes that sentiment. It reads: “we don’t want to penalize you if you have a bad test day.”

As Seneker points out, “this doesn’t happen in any other province across the country” and that gives the U of S an advantage when recruiting. It certainly won’t please those who favour standardized tests. But considering how much schools compete for students, expect others schools to do the same.