Video warns of "the dangers of law school" 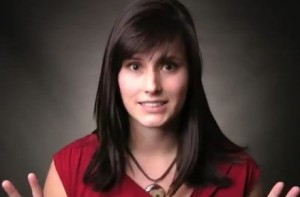 A new YouTube video made by students at the University of Calgary warns teenagers about the “the dangers of law school.” It has reached 16,000 views since it was uploaded on Feb. 26.

“Dear 16-year-old me,” it starts, “I must warn you about law school. It’s where insecure over-achievers go to do stuff with their bachelor of arts.”

The students then poke fun at the profession’s moral dilemmas. “Your experience in law school will start with the promise of helping the community, doing what’s right,” says one student. “Then you’ll realize you’re destined to make rich companies richer by facilitating the purchase of other rich companies,” says another.

Jon Ng, the third-year law student who wrote the script, told The Huffington Post that the video is a parody of the “Dear 16-year-old Me” video produced by the David Cornfield Melanoma Fund.

It’s all in good fun. “Don’t get me wrong,” Ng told Huffington Post, “I’m incredibly proud of being a law student, but if a friend told me they wanted to go to law school, I’d sit them down for a long chat.”