Virginity: the last taboo on campus

There's no shame in not having sex 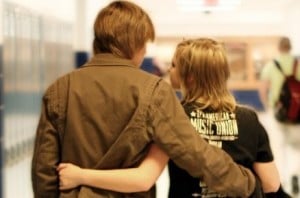 Virginity seems to be one of the only taboos left on sexually liberated university campuses.

For many students, it’s long gone—that thing that they made a big deal of in grade school and can now barely remember why. For others, it is still very much a part of life and affects how they they feel about themselves, and unfortunately, how others feel about them. These outliers (and I do not mean to be derogatory) choose to hold on to it. As we move into the upper years of university, their number dwindles. The pressure is on.

There is ever-present pressure to have sex at university. We chat with friends about it, overhear people talk about ‘walks-of-shame’ at the library on Sunday mornings and see couples leaving the bars. Some of the pressure comes from friends. Some of it comes from the media. Eighteen year-old Dakota Fanning just did her first nude scene. MTV has a show called Losing It where people tell stories of their first time. Some of it comes from the person we dance with at the bar.

All this pressure creates a stigma for virgins. Personally, I’m impressed by them, but there will always be those who make a scene about the decision someone is or isn’t making. In my opinion, virginity is a choice everyone should make when he or she sees fit. It shouldn’t be a problem.

I recently visited The Axe bar here on campus at Acadia University to learn more about the stigma. Most students were open to speaking about their experiences. Some were understandably shy. It is, after all, a personal question. But after finding three people willing to share that they had not lost their virginity, I was happy they were brave enough—and frustrated enough—to talk.

They told me that the stigma they face includes self-doubt. They ask themselves questions like: Will he or she not be interested in dating because I am a virgin? Should I just get it over with so I can fit in? What do I say when all my friends are talking about sex? Why is it such a big deal?

But people who haven’t lost their virginity shouldn’t be ashamed. It’s a choice that can be based on many things: religion, sexuality, personal morality or just not having found the right person.

Furthermore, there are things you don’t have to worry about if you’re a virgin, including Sexually Transmitted Diseases, unwanted pregnancies, and the awful feeling that comes with sleeping with someone who led you to believe they really liked you and then ditched you once they ‘scored.’

Being a virgin beats actually losing your virginity and regretting that decision. I know a lot of people, including myself, who are happy they waited for the right time. I also know a lot who did it when they weren’t ready and regretted it. The point is that it is a personal decision and it is not for others to judge. We should embrace virginity rather than stigmatize it.

Fourth-year student Jenny Lugar majors in History and English at Acadia University. A version of this commentary originally appeared in The Athenaeum student newspaper.