Wanted: dead coons (and other things) 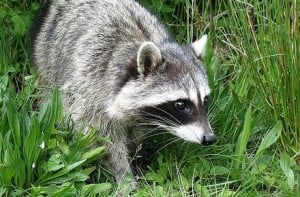 A University of Calgary veterinary student is collecting dead raccoons and their feces, she told the Calgary Herald. And she wants the public’s help.

Dayna Goldsmith is researching what kind of parasites the animals carry. “I’m interested in the animals that live in close proximity to people,” Goldsmith said. “They’re the ones that tend to run into problems with people.” Coons have been in Calgary for roughly thirty years, but little is known about what diseases they carry. Goldsmith’s research is a partnership with the Canadian Co-operative Wildlife Health Centre and Alberta Fish and Wildlife.