We want a sweet deal! 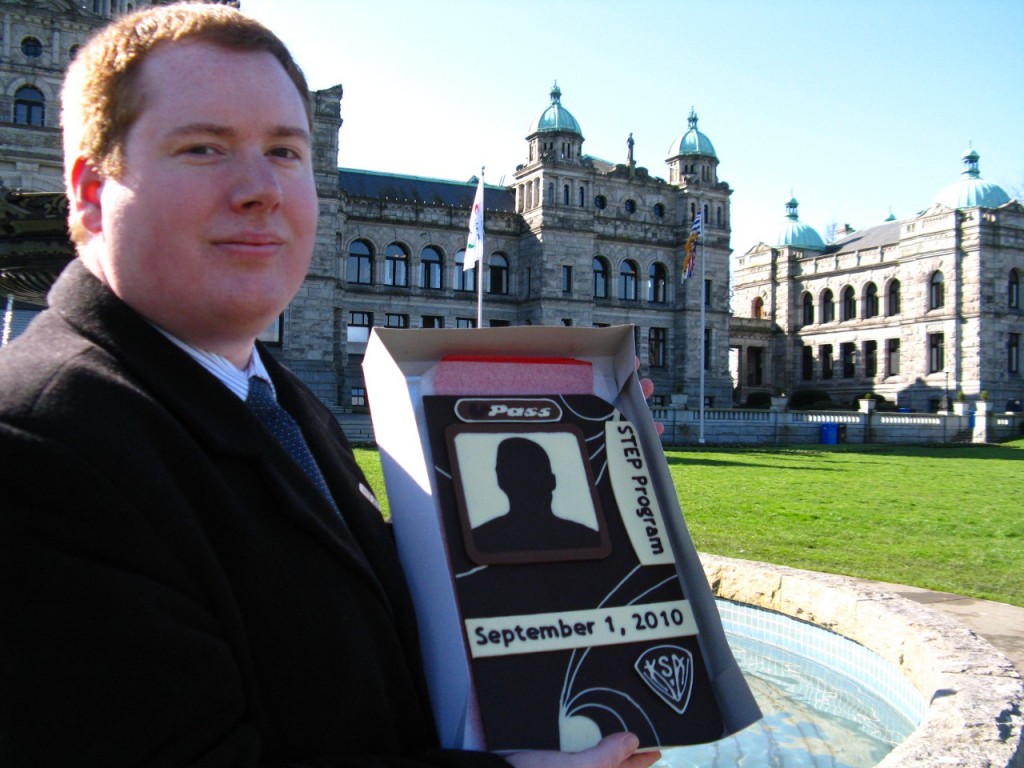 Students from Kwantlen University visited the B.C. Legislature last Thursday with a sweet gift for the premier. Derek Robertson, KSA External Affairs Director, presented a giant chocolate U-Pass to remind legislators of the Liberal government’s campaign promise to deliver a standard transportation program for all post-secondary students. That promise was not mentioned in last week’s budget.

“We wanted to do something creative to highlight this ‘outside-the-box’ option to affordably implement its 2009 campaign promise to deliver a U-Pass program for all B.C. students,” said Robertson.  “We are hoping this gift reminds the premier and his transportation leaders that we need them to sweeten the deal for students that are struggling to get around in this tough economy.”

While Simon Fraser University and the University of British Columbia students have long enjoyed the benefits of the U-Pass, a number of colleges and smaller universities in British Columbia have been lobbying Translink — the regional transportation authority in the Lower Mainland — and government for access to the program for years. However, the formula Translink uses to calculate the cost of the program to students (the U-Pass is intended to be revenue neutral) isn’t as economically efficient in some circumstances as it is at SFU and UBC, particularly for schools with multiple campuses spread out over long distances. This has led to a stalemate between Translink and students’ union, which believe students should be entitled to the most affordable U-Pass option.

The Kwantlen Students Association is pushing the BC government to subsidize local transit authorities with $10 for each student who is given a U-Pass.