Wendy's rap, a drug warning & women get raises at UBC

What students are talking about today (January 31st) 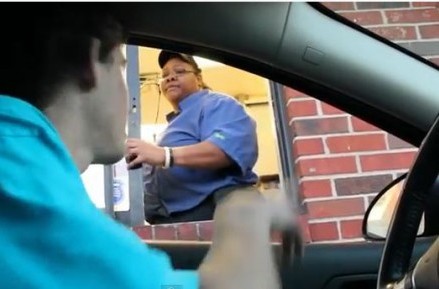 1. A pizza-faced Tennessee college student who rapped his order at a local Wendy’s restaurant has seen his video go viral, just as planned. Astonishingly, the fast-food restaurant staff get the entire order right and then give him and his buddies the food for free. It seems suspiciously well-choreographed—could it be a stealth ad? Nope. Blake Mankin, who goes by the name Mister B. told ABC News his intention was to promote his upcoming album “What the Funk.”

2. An acne and birth-control drug may be linked to the death of at least 11 Canadians, eight of them under 30 years old, according to Health Canada records reported on by the Toronto Star. The drug, Diane-35, is being suspended in France after deaths there. Health Canada told The Star that the department is “reviewing the available information to determine the appropriate next steps.” Eleven women and girls who took the drug experienced severe and excessive blood clotting in their legs, sudden blockages in their lungs, bleeding in their brains and chest pain before death, according to the adverse reaction reports reviewed by The Star.

3. Not every First Nation group in Canada is at loggerheads with the government over treaty rights. The Chippewas of The Thames First Nations settled their land claim and are now looking for strategic areas to build an economically sound reserve with the 5,120 acres the Government of Canada owes them, reports Western University’s The Gazette. “If we’re going to become economically self-sufficient, then we have to have an economic base,” chief Joe Miskokomon told the newspaper. He says they want to build near a city like London where they could develop the land quickly.

4. In a nod to pay equity, every female faculty member at the University of British Columbia is getting a two per cent pay raise. The money is due because multiple studies have shown women at UBC are underpaid on campus by that amount even when other factors have been controlled for.

5. The crisis in Mali, where a weak government is fighting off Al-Qaeda-linked extremists with the help of international soldiers, has been getting coverage in student newspapers across the country. “Extremists cannot be allowed to gain the upper hand and impose an oppressive regime upon the innocent people of Mali. While much of the world has been throwing off the chains of tyranny or fighting for freedom as in Syria, Mali risks going in the other direction, backsliding into violence and terror,” writes Spencer Fernando in The Manitoban. Meanwhile, students writing in The Concordian debated how involved Canada should get. Not to be outdone, Maclean’s world correspondent Michael Petrou put together this video that will bring you up to speed.