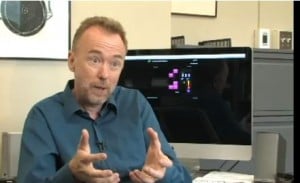 Today there’s fascinating news from Western University, where some of the world’s leading brain researchers say the largest-ever study of its kind has discredited the idea of measuring intelligence by standardized IQ tests. From the release:

The findings from the landmark study, which included more than 100,000 participants, were published today in the journal Neuron. The article, “Fractionating human intelligence,” was written by Adrian M. Owen and Adam Hampshire from Western’s Brain and Mind Institute (London, Canada) and Roger Highfield, Director of External Affairs, Science Museum Group (London, U.K).

Utilizing an online study open to anyone, anywhere in the world, the researchers asked respondents to complete 12 cognitive tests tapping memory, reasoning, attention and planning abilities, as well as a survey about their background and lifestyle habits.

“The uptake was astonishing,” says Owen, the Canada Excellence Research Chair in Cognitive Neuroscience and Imaging and senior investigator on the project. “We expected a few hundred responses, but thousands and thousands of people took part, including people of all ages, cultures and creeds from every corner of the world.”

The results showed that when a wide range of cognitive abilities are explored, the observed variations in performance can only be explained with at least three distinct components: short-term memory, reasoning and a verbal component.

No one component, or IQ, explained everything. Furthermore, the scientists used a brain scanning technique known as functional magnetic resonance imaging (fMRI), to show that these differences in cognitive ability map onto distinct circuits in the brain.

With so many respondents, the results also provided a wealth of new information about how factors such as age, gender and the tendency to play computer games influence our brain function.

“Regular brain training didn’t help people’s cognitive performance at all yet aging had a profound negative effect on both memory and reasoning abilities,” says Owen.

To continue the groundbreaking research, the team has launched a new version of the tests at http://www.cambridgebrainsciences.com/theIQchallenge

“To ensure the results aren’t biased, we can’t say much about the agenda other than that there are many more fascinating questions about variations in cognitive ability that we want to answer,” explains Hampshire.