What an old house can teach you. About yourself. 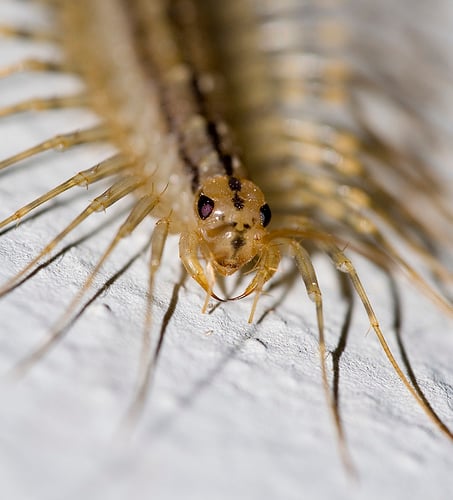 My family recently bought a 150-year-old house. When we first moved in about two weeks ago, it seemed pretty cool to be living in a house that was actually built in 1860. Although the house has been renovated over the years, there’s still an old brick fireplace in the kitchen, along with cast iron door knobs and bronze vents. Hundreds of people have walked across the ancient pine floors, which were laid down before my great-grand parents were even born.

Little did I know, there’s a trade-off when you live in a 150-year-old house: the bugs are ickier, squishier and bigger.

The first day we moved in, my dad asked me to sweep out the basement. The thing is, houses from 1860 don’t have tidy little basements with concrete floors and drywall. They have creepy stone dungeons, like the one from the Blair Witch Project. The kind of basement where you might find a Ouija Board, or a set of mysterious clay voodoo dolls stacked in the corner.

I had already walked to the middle of the basement when I suddenly realized: there were huge, fuzzy spiders. Everywhere. My first instinct was to scream and run back and forth, and then punch a hole in the ceiling and fly out of the basement. But I was afraid to move. Nobody had entered the basement for at least a hundred years, and I had disturbed all the hibernating crunchy insects. Any slight movement could create a draft, which would fling all the spiders towards my face.

I made a vow to never go in the basement again. Ever. Avoiding the basement for the rest of my life doesn’t seem too bad, anyway. There are plenty of other rooms in the house, and basements aren’t that essential. At this point, I still didn’t hate the house. Yet.

And then I encountered my first centipede.

Maybe large, squishy insects are magnetically attracted to wimps like me. Or maybe some bug from the Jurassic era had been laying dormant under my floorboards, frozen in a droplet of amber and suddenly reawakened by my footsteps. Either way, one night the biggest freaking insect I’ve ever seen was slithering around my room.

I couldn’t bring myself to actually squish it. But then, before I could grab a machine gun or flamethrower, it slipped into a crack between the floorboards.

It’s worse than having a stalker. I now live in constant fear of that bug. At any time it could show up on my pillow. On my toothbrush. Or in my cereal.